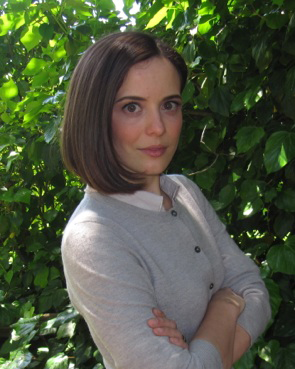 UW CSE alum Martha Kim, now a member of the computer science faculty at Columbia University, has been honored with a 2016 Borg Early Career Award from the Committee on the Status of Women in Computing Research (CRA-W). This award—named in honor of the late Anita Borg, an early member of CRA-W and a leading advocate for increasing women’s participation in computing—recognizes one or two women each year in the early stages of their careers who have made significant contributions to the computing community through research and through efforts to advance women and diversity in the field.

Kim completed her Ph.D. in 2008 working with UW CSE professor Mark Oskin and currently directs Columbia’s Architecture and Design (ARCADE) Lab, where her research focuses on developing ways to increase power and efficiency and reduce energy consumption while meeting the growing demands on computing systems of big data sets. She is particularly interested in developing hardware and software techniques to improve usability of hardware accelerators and data-centric accelerator design. In each of the past three years, papers she has co-authored have been selected among IEEE’s “Top Picks in Computer Architecture” for their novelty and long-term impact. Kim has won numerous awards, including a NSF CAREER Award in 2013, in recognition of her research and teaching.

In announcing the award, CRA-W cited Kim’s outreach to high school students, including participation in conferences such as “Code Like A Girl” and service as a faculty advisor for the Artemis Project, which is a summer school for girls in grades 9 and 10 from underserved schools. Kim also served on a working group charged with revamping her own high school’s approach to STEM education. Kim’s extensive outreach efforts are bearing fruit: her first two Ph.D. graduates are women, as are two-thirds of her current Ph.D. students.