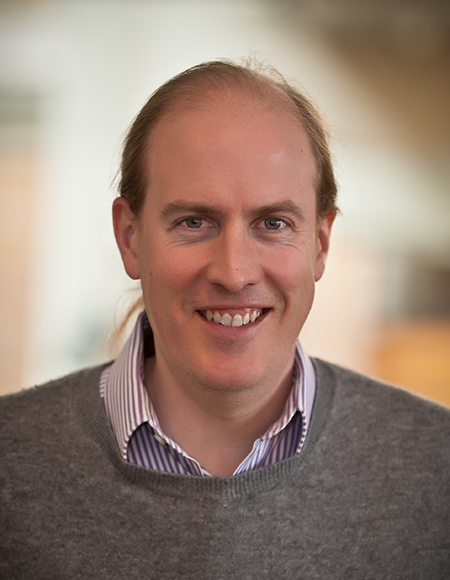 An international team led by researchers at the UW has been chosen as one of three finalists in the GlaxoSmithKlein Bioelectronics Innovation Challenge—and made itself eligible for $1 million in new research funding as a result.

UW CSE and electrical engineering professor Josh Smith is working with colleagues at UW’s Center for Sensorimotor Neural Engineering (CSNE), the University of Cambridge and University College London to develop an implantable device that would restore bladder function for people living with spinal cord injury or incontinence. Technology developed in Smith’s Sensor Systems Lab is being used to wirelessly power the implanted device.

“An international team led by researchers at the Center for Sensorimotor Neural Engineering (CSNE) based at the University of Washington is one of three finalists in a race to produce an implantable wireless device that can assess, stimulate and block the activity of nerves that control organs….

“‘For people with spinal cord injuries, restoring sexual function and bladder function are some of their top priorities — higher than regaining the ability to walk,’ said Chet Moritz, deputy director of the CSNE and UW associate professor of rehabilitation medicine and of physiology and biophysics.

“‘The vision is for these neural devices to be as ubiquitous as pacemakers or deep brain stimulators, where a surgeon implants the device and it’s seamless for the patient,’ he said. ‘We’re really excited to make a difference in people’s lives and to help push these technologies forward.’ 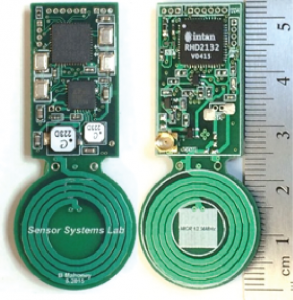 “The final implantable wireless device will be able to stimulate and block electrical signals that travel along the nerves and control specific organs. Stimulating the pelvic nerve causes the bladder to empty, for example, while blocking those signals could help someone who is unable to control his or her bladder.”

The team designed its device to interact with the pelvic nerve both electronically and optically. This approach, in which light is used to control neurons, means the researchers can stimulate the pelvic nerve without having to physically touch it, thus reducing the risk of swelling and scarring that can occur with direct nerve interfaces.

“It is gratifying to see the center’s hardware research efforts paying off so quickly,” said Smith. “Selection by GlaxoSmithKline in this rigorous international competition shows that technologies emerging from the CSNE are at the leading edge of what is possible.”

In addition to the $1 million prize for reaching the finals, GSK will award $1 million to the first team to deliver a functional device in small animal models. The other UW members of the GSK competition team include physiology and biolophysics professor Greg Horwitz, physiology and biophysics postdoc Tom Richner, biology professor and eScience Institute Data Science Fellow Bingni Brunton, and Ryan Solinsky, a resident in rehabilitation medicine. The CSNE is a NSF-funded partnership of multiple research institutions that is housed at the UW and directed by UW CSE professor Rajesh Rao.

Amazing work—congratulations to Josh and the entire team!