In His Own Words: Gary Kildall 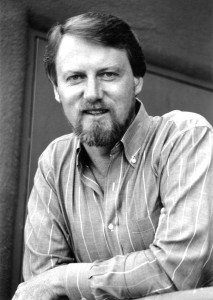 UW CSE Ph.D. alumnus Gary Kildall was a pioneer of personal computer software. He wrote programming language tools including assemblers (Intel 4004), interpreters (BASIC), and compilers (PL/M). He created a widely-used disk operating system (CP/M). He and his wife, Dorothy McEwen, started a successful company called Digital Research to develop and market CP/M, which for years was the dominant operating system for personal microcomputers.

Gary died in 1994, at the young age of 52. In 1993, the year before his death, he wrote a draft of a memoir titled “Computer Connections: People, Places, and Events in the Evolution of the Personal Computer Industry.” Gary’s children, Scott and Kristin, have made the first portion of that memoir, along with their introduction to it and previously unpublished family photos, available via the Computer History Museum.

Scott and Kristin write: “Gary viewed computers as learning tools rather than profit engines. His career choices reflect a different definition of success, where innovation means sharing ideas, letting passion drive your work and making source code available for others to build upon. His work ethic during the 1970s resembles that of the open-source community today.”

Read the preamble and the remarkable manuscript here.

UW CSE is proud to count Gary as one of our most distinguished alumni: Ph.D. number 7 from our department, awarded in 1972, advised by Hellmut Golde.