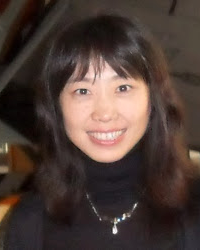 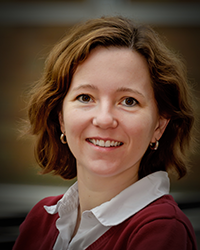 Professor Magda Balazinska  and Ph.D. alum Luna Dong of UW CSE’s Database group will be honored for their research contributions to the field of data management at the Very Large Data Bases (VLDB 2016) conference next month. Balazinska receives the inaugural VLDB Women in Database Research Award for her “inspirational research record on scalable distributed data systems.” Dong, who earned her Ph.D. in 2007 working with former UW CSE professor and Database group founder Alon Halevy, receives the VLDB Early Career Research Contribution Award for “advancing the state of the art of knowledge fusion.”

Balazinska holds the Jean-Loup Baer Career Development Professorship in UW CSE and is a Senior Data Science Fellow at the UW’s eScience Institute. Her research focuses on big data management and scientific data management in cloud computing environments. In addition to co-leading the Database group, she co-founded the UW’s AstroDB group—a collaboration between UW CSE, the eScience Institute, and the Astronomy department—to develop novel tools and techniques for processing, storing and querying the massive volumes of data being generated by telescopes and simulations. Her projects extend beyond astronomy and include, among others, collaborations with neuroscientists and biologists. Balazinska is one of the leaders of the Myria project, which develops and operates a fast, flexible cloud-based service for big data management and analytics. A demonstration version of the service is available through the project website. Prior to her work on Myria, she led the Nuage project, which enabled scientists to store and analyze large volumes of data using the Hadoop system. She also worked on the SciDB multidimensional parallel array engine.

Balazinska has earned numerous honors for her work, including an NSF CAREER Award, a Microsoft Research New Faculty Fellowship, a Google Research Award, an HP Labs Research Innovation Award, and multiple best paper awards. In addition to her research and teaching, Balazinska serves as director of the IGERT Ph.D. program in Big Data and Data Science and co-founded the Northwest Database Society (NWDB), which brings together researchers and practitioners in the database and data management fields from across the Pacific Northwest.

Dong’s research interests span knowledge management, data integration and quality, and applied machine learning. After graduating from UW CSE, she spent five years at AT&T Research, where she helped build the company’s Data Fusion research area and systems for gauging the trustworthiness of data sources and the best sources for data integration.

In 2013, Dong became a senior research scientist at Google, where she initiated the Knowledge Fusion research area and contributed to the company’s Knowledge Vault project, which automatically fuses the knowledge collected from billions of web pages into a probabilistic knowledge base. Dong also invented Knowledge-Based Trust, a system that gauges the trustworthiness of web sources and aids the verification of facts—referred to as the “Google Truth Machine” in a Washington Post article about the project. Recently, Dong joined Amazon as a principal scientist, initiating and leading the effort to build Amazon Product Graph.

VLDB is one of the two top database conferences in the world (the other one being SIGMOD). VLDB 2016 will be held September 5-9 in New Delhi, India.