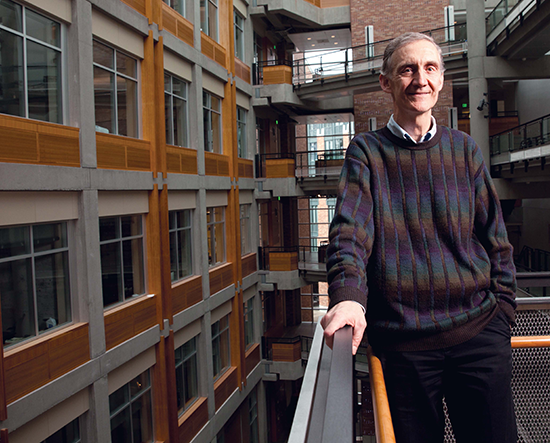 Seattle Business magazine announced that it has named UW CSE professor Ed Lazowska its Tech Impact Champion for 2016. In selecting Lazowska for the award, the magazine’s editors and judges cited his lifetime of work building UW CSE into one of the top 10 programs in the nation, his leadership in establishing the eScience Institute and advancing our region’s position at the forefront of data analytics, and his tireless promotion of the local tech industry.

“When Lazowska arrived in Seattle 39 years ago as an assistant professor, both the University of Washington and the region were very different places. In computer science, he was the newest of only 13 faculty members. The region’s tech industry largely consisted of Boeing, Fluke and Physio-Control. Microsoft at the time was still a dozen people in Albuquerque.

The magazine goes on to note that, in his role as “educator, researcher, adviser and booster,” Lazowska has helped lead the greater Seattle region’s transformation into a global center of innovation. It also celebrates his commitment to promoting gender diversity in computing and for providing greater opportunities to the region’s K-12 students.

Published by Kristin Osborne on August 15, 2016