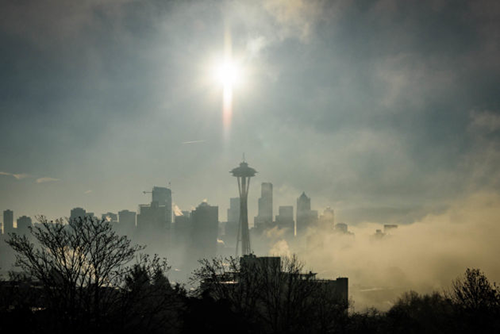 GeekWire’s Dan Richman published an excellent article today examining the Seattle region’s dominance in cloud computing and how our region is poised, once again, to transform technology.

“The rise of Amazon Web Services — along with the growth of Microsoft Azure, a burgeoning cloud startup scene, and a vibrant cloud and IT developer community — has turned the Seattle region into the epicenter of cloud technology, in the view of many tech and business leaders,” Richman writes.

“Silicon Valley is the undisputed king of the tech world, but Seattle increasingly rules the cloud…The Bay Area is more likely to churn out the next hot messaging app or social network, but Seattle ‘deals with the plumbing’ — the real and lasting infrastructure that provides the foundation for the new tech economy.

“The region spawned desktop publishing, with Aldus; and created streaming media, with Microsoft spin-off RealNetworks. It created modern online retailing, with Amazon, and just about every derivative, from jewelry (Blue Nile) to real estate (Redfin and Zillow) to groceries (HomeGrocer and Amazon Fresh) to travel (Expedia).

And one of the drivers is UW CSE. As real estate broker Dylan Simon put it, “Students come for the professor and the program and they stay for the jobs,” citing UW CSE professor Oren Etzioni, CEO of the Allen Institute for Artificial Intelligence, as an example.

Not a region to rest on its laurels, many people see the potential for Seattle to similarly emerge as a center for artificial intelligence, machine learning, and the Internet of Things. We have clearly earned the title “King of the Cloud”—perhaps “Emperor of AI” is not far behind.

Published by Kristin Osborne on August 24, 2016