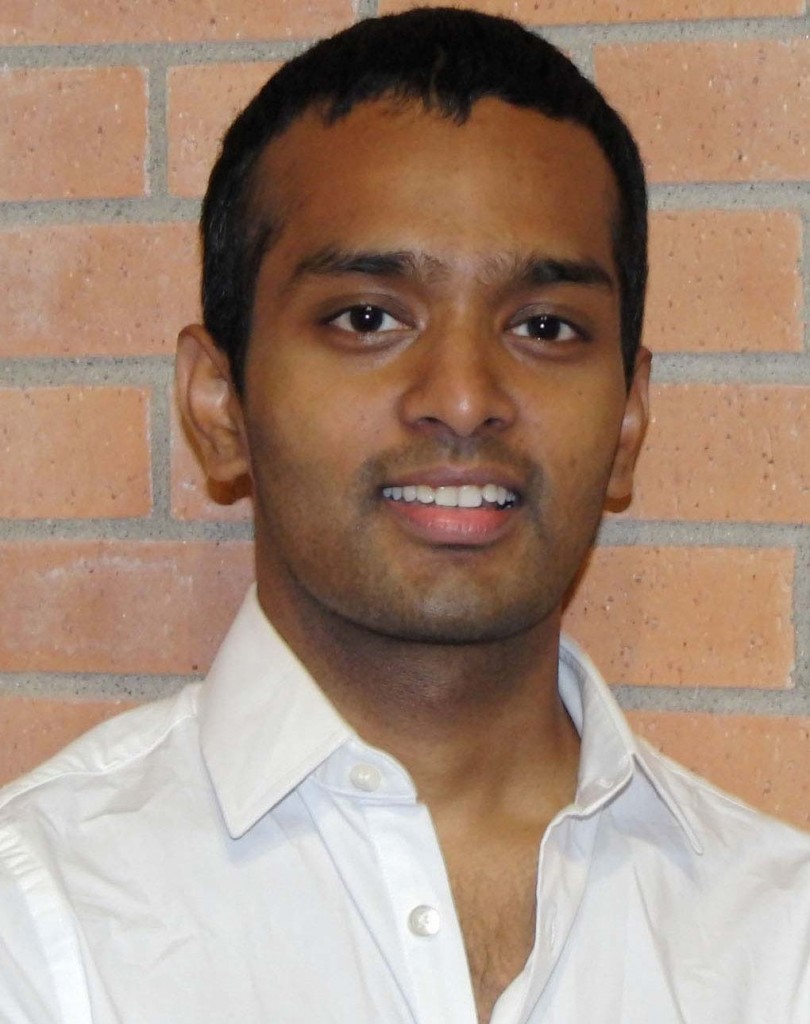 UW CSE professor Shyam Gollakota devises ways to pull power out of thin air to enable the growth of a true Internet of Things. This awesome ability to harvest the airwaves — with implications for health care, security, sustainability, and a host of other potential applications — has earned him a place in Popular Science’s “Brilliant 10” of 2016 celebrating the most brilliant minds in science and engineering.

Gollakota leads the Networks & Mobile Systems Lab at UW CSE, where he and his fellow researchers develop systems that enable battery-free devices to harvest energy and communicate by reflecting existing wireless signals. Gollakota refers to this method of communication as “ambient backscatter,” and in recent years he has partnered with colleagues and students at UW CSE and Electrical Engineering, including professor Josh Smith, postdoc Vamsi Talla and Ph.D. student Bryce Kellogg, to develop new capabilities for an increasingly impressive array of devices, from tiny cameras, to personal fitness trackers, to implanted medical devices.

In 2015, Gollakota’s team devised a way to harvest energy from Wi-Fi routers to continuously power devices without sacrificing signal quality. The technology — Power over Wi-Fi, or “PoWiFi” for short — earned a place on Popular Science’s “Best of What’s New” list of innovations that are likely to shape the future and change the world.

Earlier this year, he and his team went further, demonstrating the ability to generate Wi-Fi transmissions using 10,000 times less power than conventional methods. Called Passive Wi-Fi, the system can transmit Wi-Fi signals at rates up to 11 megabits per second to the billions of off-the-shelf devices with Wi-Fi connectivity.

“We wanted to see if we could achieve Wi-Fi transmissions using almost no power at all,” Gollakota told UW News. “That’s basically what Passive Wi-Fi delivers.”

It also delivered recognition as one of the 10 breakthrough technologies of 2016 by MIT Technology Review for its potential to liberate devices from the constraints of batteries and power cords, which in turn could usher in a new and exciting era of smart homes and wearable devices.

The latest innovation to emerge from Gollakota’s lab is interscatter, a system that, for the first time, enables devices such as smart contact lenses, credit cards, and even medical implants to connect to the Internet and wirelessly communicate with a smartphone or laptop.  It is the latest in a line of innovations emerging from his UW lab that are designed, in his own words, to “unleash the power of ubiquitous connectivity” — and in the case of interscatter, to transform health care in the process.

These and other projects, such as a mobile app for contactless detection of sleep apnea, reflect his drive to push the boundaries of computer science and engineering to solve human problems.

“There is a lot of innovation that can happen when we get scientists and engineers with a diverse set of skills into the same room and provide an environment that enables an open flow of ideas,” Gollakota said. “I have great faculty collaborators and graduate students at the UW who make this kind of work possible.”

He also credits UW CSE’s culture of innovation, which allows him the freedom to explore.

“As an assistant professor I was encouraged by the department not to focus on the safe stuff, to get tenure, but to do the stuff that truly drives me.”

This drive has earned him numerous awards and recognition, including a National Science Foundation CAREER Award, a Sloan Research Fellowship, appointment as a UW CoMotion Presidential Innovation Fellow, a feature in CNN Money’s Visionaries 2020 program, a 2015 World Technology Award in communications technology, and inclusion in MIT Technology Review’s Innovators Under 35.

Read the Popular Science article and learn more about Gollakota and his work by visiting his website.

Published by Kristin Osborne on September 9, 2016