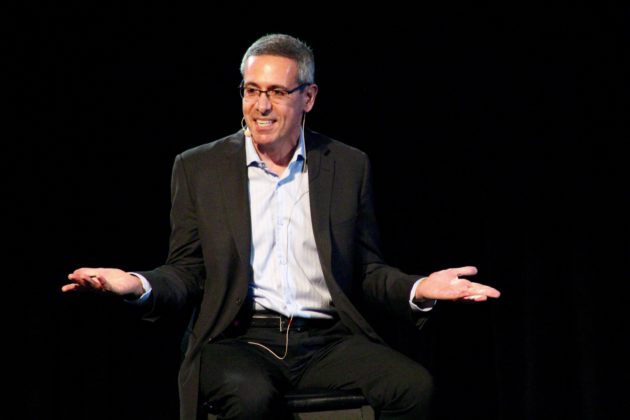 “Not many startups launch out of university research, endure two economic recessions, persevere through a slow-to-develop market, and finally file for a successful initial public offering — all while maintaining 75 percent of its original founding team 16 years later.

“But that’s the Impinj story.

“Founder and CEO Chris Diorio spoke at the 9Mile Labs Demo Day on Thursday afternoon in Seattle, discussing how Impinj got off the ground and sharing some leadership advice he’s picked up after helping lead the Seattle-based maker of Radio Frequency Identification technology since 2000…

“It’s been quite the journey for Diorio, who founded Impinj in 2000 with fellow researcher Carver Mead. He recounted traveling to California to meet Mead in Silicon Valley and taking the startup leap. After the founders decided to launch a company, Diorio told Mead he was worried about his job as a computer science professor at the University of Washington.

“‘Don’t worry, you’ll get a company started in 18 months and be back at the university — just take a short leave, nothing to it,’ Mead told Diorio.

“’16 years later, we IPO’d,’ Diorio, who is still an associate professor at the UW, recalled on Thursday. ‘Carver was at the ceremony and I asked him about those 18 months. He said, ‘what’s an order of magnitude among friends?””