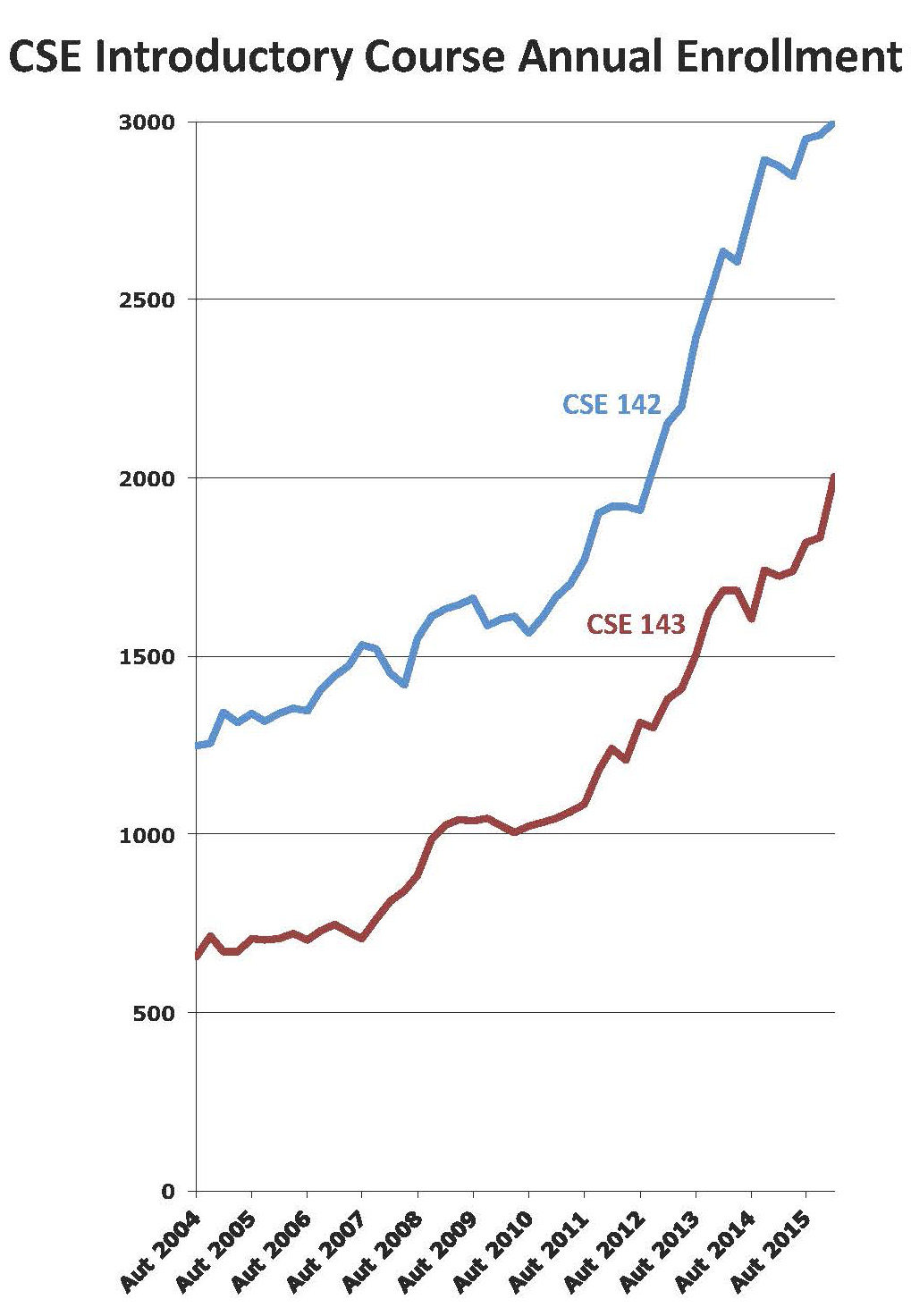 More than 150 current and former CSE142 and CSE143 undergraduate TAs participated in a reunion event in the Paul G. Allen Center on November 22nd. A timeline created for the event highlighted how much the program has changed in the last ten years.

Speakers at the reunion event included Stuart Reges, who created the undergraduate TA program at UW, Victoria Kirst, who was a TA and student instructor at UW and is now teaching at Stanford, and current 14X TA coordinators Shannon Ren and Karanbir Singh, who put in incredible effort to create a fun activity for members of the community – both past and present – to come together. Former 14X TA coordinators Alex Miller, Hillary Prather, Kasey Champion, Michael Schmitz, Riley Porter, Tyler Rigsby, and Whitaker Brand also joined the event. 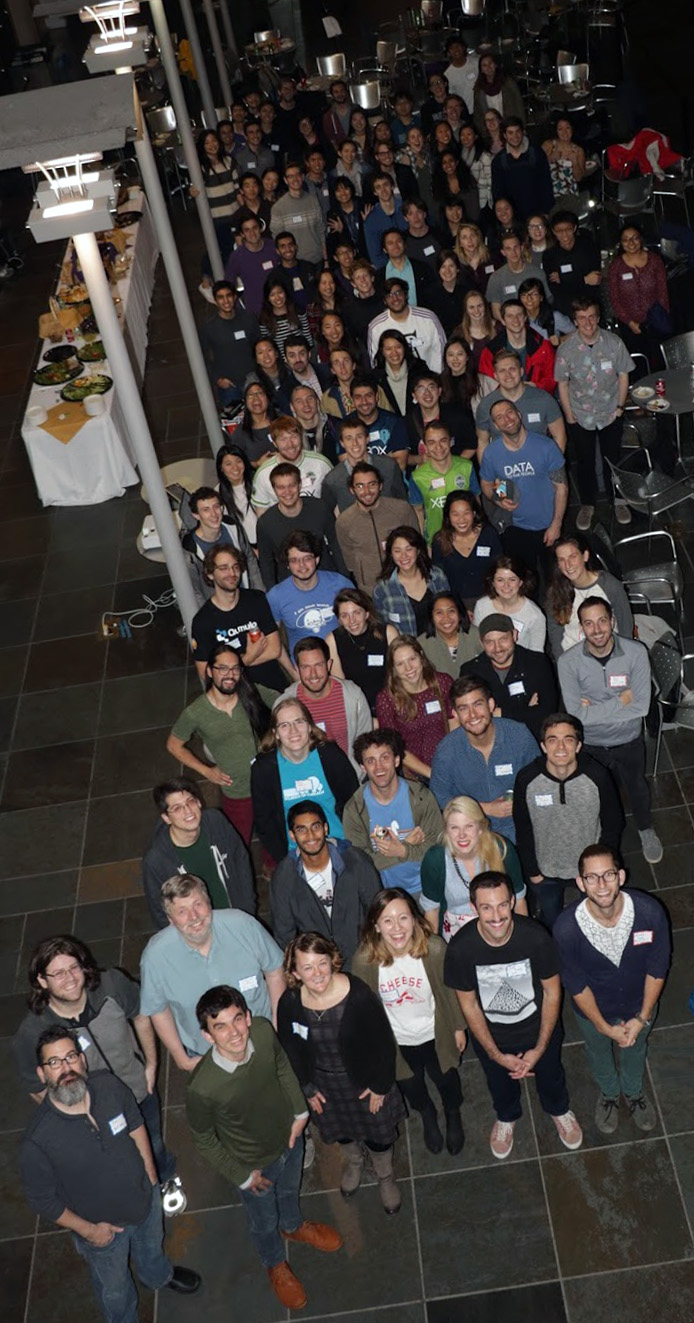 Reges highlighted how special the UW undergrad TA program is because most universities do not offer such a rich opportunity for undergraduates to become partners in the teaching of introductory computer science. Singh reminded attendees of how attractive the undergraduate TA program has become with over 200 applicants for fewer than 30 new spots in the most recent round of hiring.

Reges also pointed out the impressive list of former undergraduate 14X TAs who have gone on to be hired as college faculty including:

One of the main reasons the program has produced so many college level instructors is that UW encourages undergraduates who have been TAs to complete the fifth year Masters program and teach one of the courses in the summer. Few major computer science programs have pathways like this that encourage students to prepare for and consider a career in teaching.

Former UW CSE lecturer Marty Stepp was unable to attend the program, but several speakers mentioned his many contributions. Stepp came out of a similar undergraduate TA program at the University of Arizona and helped Reges create the program at UW. He also put in substantial effort to shape the 14X courses, creating tools known as GradeIt and PracticeIt. Stepp now teaches at Stanford University.

The timeline for the program appropriately lists course administrator Pim Lustig as appearing at the beginning of time as he has been a crucial source of support before anyone else on the list even came to UW.