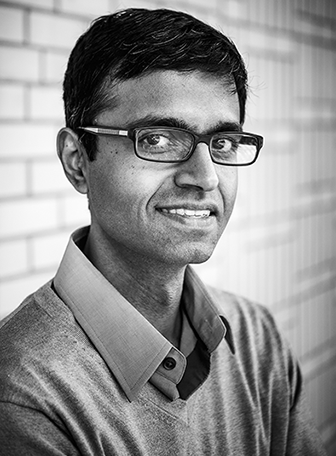 UW CSE is preparing to welcome two game-changing senior hires, robotic manipulation expert Siddhartha “Sidd” Srinivasa and influential computer engineering researcher Michael Taylor, this fall. Srinivasa, who is widely regarded as one of the leading minds in robotic manipulation and human-robot interaction, will advance UW CSE as one of a few truly world-class centers of robotics research. Taylor, who has accepted a joint appointment in CSE and Electrical Engineering, brings expertise in leading-edge hardware design — further building UW’s reputation as one the most dynamic and desirable places in which to pursue computer engineering research.

Srinivasa’s research focuses on advancing the ability of robots to perform complex tasks with and around people and under conditions of uncertainty and clutter. He aims to move robots beyond simple pick-and-place to more robust models of interaction and collaboration, concentrating on two overlapping lines of research: physics-based manipulation, focusing on the design of actions, algorithms and hands for dexterous manipulation; and the mathematics of human-computer interaction, formalizing interaction principles using a combination of machine learning, motion planning, and function gradient algorithms.

A common thread running throughout Srinivasa’s work is his approach to building mathematical models of physical behavior: he seeks to understand and then formalize the “how” and the “why” of our interactions with the physical world. He then uses those models to transfer behavior from human to robot, and from robot to robot. Over the course of his career, Srinivasa has made a number of fundamental contributions to the field of robotics, including advances in motion planning, state estimation, information gathering, shared autonomy, and more.

In addition to his primary research, Srinivasa also has a keen interest in building end-to-end systems — including the Home Exploring Robot Butler (HERB), the Assistive Dexterous Arm (ADA), the humanoid HRP3, CHIMP, Andy, and others — that integrate perception, planning, and control in the real world. By understanding the interplay between system components, he has contributed state-of-the-art algorithms for manipulation, including the MOPED system for object recognition and pose estimation, and CHISEL, a system for real-time, house-scale, dense 3D modeling that has been incorporated into Google’s Project Tango. A strong believer in robots’ potential to help people, Srinivasa also established the Center for Assistive Robots for Everyday living (CARE), an interdisciplinary center in CMU’s School of Computer Science focused on building a software framework for assistive robotic devices.

With Srinivasa’s arrival, UW CSE adds creativity and expertise in one of the most exciting areas of the field of robotics today — and cements our place among the top robotics research groups in the country. But Srinivasa is keen to aim even higher.

“My goal,” Srinivasa said, “is to make UW the best in the world in robotics.” 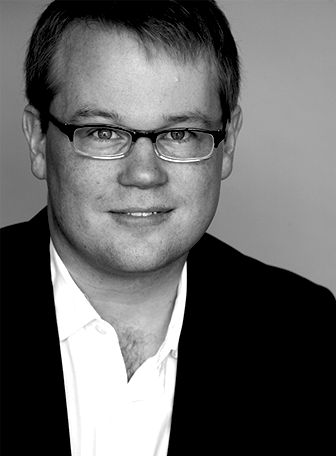 UW will make a similar leap forward in computer engineering with the arrival of Michael Taylor, who is currently Associate Professor at the University of California, San Diego and Director of the UCSD Center for Dark Silicon. Taylor brings deep expertise in the design of specialized custom chips — for example, for crypto-currency mining — and the development of novel approaches to hardware design and prototyping. His work has been particularly influential within the computer architecture community and has also generated a significant amount of press coverage and publications.

Performance and efficiency are consistent themes in Taylor’s research. He is a leading expert on extreme hardware specialization to deal with dark silicon — the portion of a chip that is switched off at any given time due to power constraints. One of his ongoing projects is GreenDroid, an energy-efficient chip for Android phones that is 10 times more efficient than industrial mobile application processors in use today. Taylor is known for actively pushing new ideas, methods, and open source designs that reduce the effort required to build silicon and hardware prototypes. For example, he created the open-source framework Basejump to support more efficient ASIC prototyping, from base designs, to packaging, to boards.

Taylor produced the first academic paper on bitcoin mining chips, which attracted nationwide attention and established Taylor as an authority on mining hardware innovation. His team recently published the first paper on ASIC Clouds, which are purpose-built datacenters comprised of large arrays of ASIC accelerators. Their purpose is to optimize the total cost of ownership (TCO) of large, high-volume chronic computations that are emerging in datacenters today. Taylor also has turned his attention to developing architectures and benchmarks for machine learning applications, with a focus on computer vision. He contributed to the creation of the first comprehensive computer vision benchmark suite, SD-VBS, used by over 1,000 institutions and companies. He later developed CortexSuite, an extension of SD-VBS to include machine learning and artificial intelligence — the largest, most comprehensive such benchmark suite to have been created.

Early in his career, Taylor developed a working implementation of one of the first multicore chips: the Raw tiled multicore processor architecture. The project, which was the basis of Taylor’s Ph.D. thesis at MIT, was an experiment in exposing unusually low levels of the hardware — such as pins, wires, and gates — to software, enabling the latter to take advantage of the physical properties of the chip.

As a true applications-to-circuits researcher capable of prototyping both hardware and software, Taylor will bring an exciting new dimension to UW’s existing strength in computer engineering research.

“UW and the broader Seattle area (e.g. Microsoft and Amazon) has become the world’s foremost playground for creative computer architects,” said Taylor. “I am excited to be a part of it.”

Published by Kristin Osborne on January 17, 2017