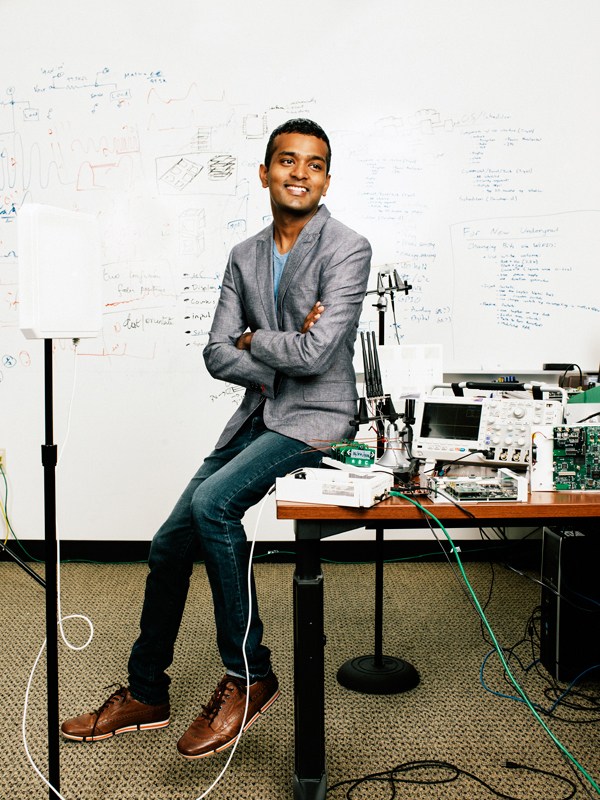 Professor Shyam Gollakota, who is widely known for his pioneering work on ambient backscatter as leader of the Allen School’s Networks & Mobile Systems Lab, has been named the winner of the 2017 SIGMOBILE RockStar Award. The award, which was voted on by a committee of his peers and senior researchers in the mobile computing community, acknowledges Gollakota’s outstanding early-career contributions and the depth, novelty and impact of his research.

Since he joined the Allen School faculty in 2013, Gollakota has earned international recognition for his groundbreaking work on backscatter technology that allows battery-free devices to draw power and communicate using wireless signals already present in the air. He and his collaborators have used backscatter to enable a variety of novel applications, from connected contact lenses to smart fabrics. Along the way, Gollakota and his team have earned multiple Best Paper awards from leading conferences such as SIGCOMM and NSDI, and their Passive Wi-Fi project was named one of the 10 breakthrough technologies of 2016 by MIT Technology Review. They have since established a startup company, Jeeva Wireless, to commercialize their research.

Gollakota will be recognized by SIGMOBILE at the MobiCom 2017 conference in Snowbird, Utah in October.