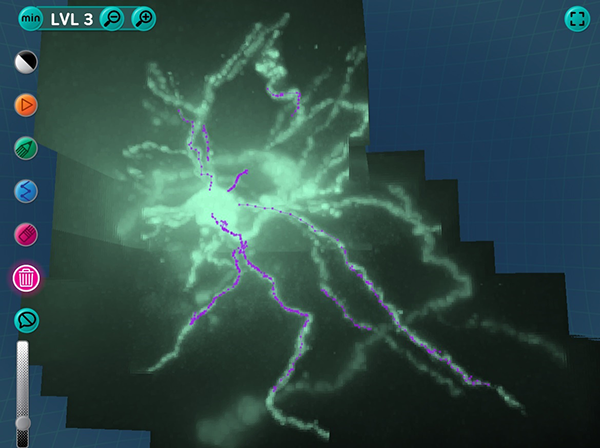 Mozak, a new scientific discovery game developed by Allen School professor Zoran Popović and colleagues at the Center for Game Science and the Allen Institute for Brain Science, is featured in a New York Times article today highlighting its success at engaging citizen scientists in advancing fundamental neuroscience research. Since Mozak first launched last November, more than 200 people have logged on each day to produce three-dimensional reconstructions of neurons — helping scientists gain a better understanding of the brain’s structure and function to fight diseases such as Alzheimer’s and Parkinson’s.

“New technologies have allowed us to create three-dimensional images of individual neurons, but our ability to catalog these brain cells, map their structure and understand the relationships between them has been shockingly slow,” explained Popović in a related UW News release. “There’s a big bottleneck in processing and analyzing the data coming in, which is where the Mozak community is making a big impact.”

That community is likely to make an impact on computer science in the process. Human eyes are better at distinguishing the fine details and complex shapes of a neuron’s structure, particularly when faced with visual noise, but computers can perform tedious tasks much more rapidly than humans when provided with clear data. Researchers hope that the human players’ more accurate reconstructions eventually can be used to make computers more effective at the task on a much larger scale through advances in artificial intelligence and computer vision — leveraging what humans and computers do best to tackle unsolved challenges in science.

“If we create a corpus of thousands of these neurons, the chances are the computational methods will become better,” Popović told The New York Times. “You can see this as symbiosis — computers learn from what people are doing and they do better.”

Mozak players trace the complex shapes of neurons, which were captured by Allen Institute researchers using high-powered microscopes, to create the reconstructions and receive real-time feedback from neuroscientists. In order to ensure the end product is accurate, the game requires consensus among multiple players. The collaboration between Mozak’s citizen scientists and the Allen Institute neuroscientists has more than tripled the rate of completed neuron reconstructions compared to what the researchers were able to do on their own. And the researchers are thrilled by the prospect.

“It’s really exciting that regular people out in the world can, in a short period of time, be taught how to reconstruct neurons on the same level as experts who have been doing this a long time,” said Allen Institute researcher Staci Sorensen.

Read the full article here, and the UW News release here. Read a related article the The Daily here. Watch a video demonstration of Mozak below, and test your skills in neuron reconstruction by playing Mozak here.

This is not the first time the Center for Game Science has harnessed the power of play to advance scientific discovery. Its award-winning puzzle game, FoldIt, has inspired more than 460,000 players to assist scientists in identifying the structure of various proteins to combat diseases such as AIDS and Ebola. 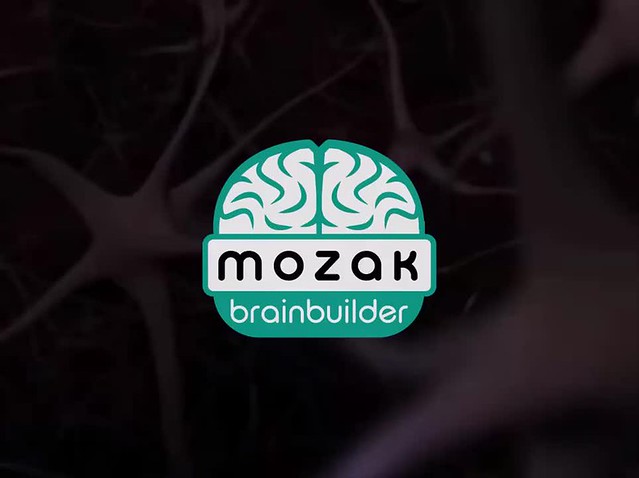