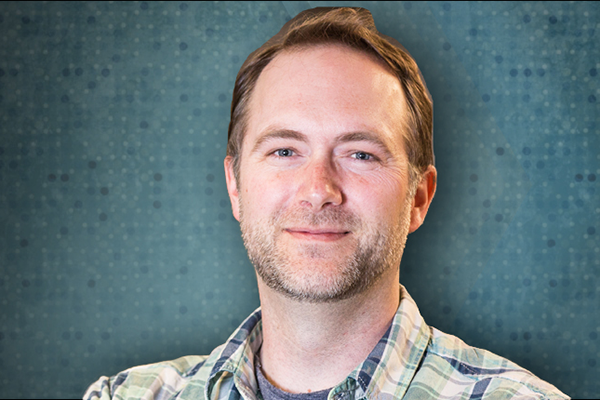 Allen School professor Jeffrey Heer has been named the recipient of the Grace Murray Hopper Award from the Association for Computing Machinery (ACM). This prestigious award recognizes an outstanding early-career professional who has made a significant technical or service contribution to the field of computing. Heer, who leads the Allen School’s Interactive Data Lab, was chosen as this year’s winner for his work on visualization tools that have transformed how people interact with data — tools that are currently used by thousands of researchers, data enthusiasts, and media companies around the world.

“With the meteoric increase of data collection in recent years, tools are urgently needed to understand and see patterns within data,” says the ACM in its award announcement. “Jeffrey Heer, a Professor at the University of Washington, has been a leader in developing computer languages to create charts, graphs and other visualizations that help people explore and understand data.”

Heer’s contributions to the field of data visualization began as a graduate student at University of California, Berkeley, when he collaborated with Stuart Card at the Palo Alto Research Center and then-professor James Landay of the Allen School to develop Prefuse, one of the first software packages to enable developers to quickly and easily create and customize dynamic visualizations from structured or unstructured data. As a member of the Stanford University faculty, Heer worked with Mike Bostock on the development of the Protovis and D3.js graphical systems for constructing interactive visualizations for the web. The latter, as the ACM notes, was rapidly adopted as a primary tool for web developers worldwide.

At the Allen School, Heer and his team in the Interactive Data Lab launched the Vega project to advance an ecosystem of interoperable tools for data analysis and visualization design that is underpinned by Vega, a convenient but powerful tool for writing programs that generate visualizations. Heer and his team subsequently built upon the Vega foundation with higher-level tools such as Vega-Lite, a high-level grammar that enables the rapid and concise specification of interactive data visualizations which earned the Best Paper Award at InfoVis 2016, and Lyra, a graphical interface for designing custom visualizations for online publication without the need to write code.

The Grace Murray Hopper Award is one of four technical awards announced today by the ACM. Heer and his fellow recipients were selected by their peers for significant technical contributions “that have had a far-reaching impact on how we live and work.” The winners will collect their awards at the annual ACM Awards Banquet next month in San Francisco, California.