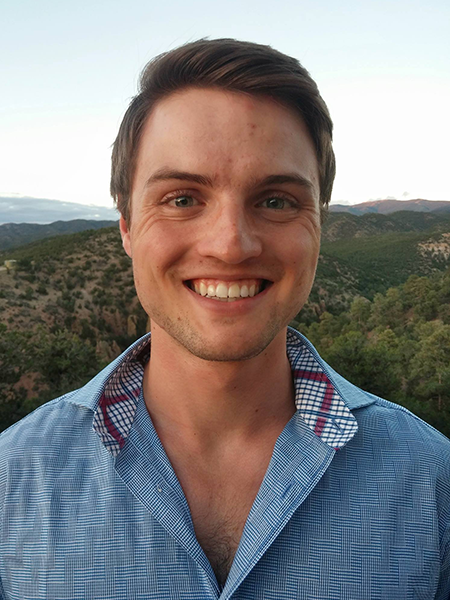 Our latest installment of the Allen School’s Undergrad Spotlight features Colin Summers, a senior majoring in computer engineering with significant experience in chemical and mechanical engineering. The Seattle native, who is pursuing a minor in aeronautics and astronautics, will spend the summer as an intern at the National Aeronautics and Space Administration’s Jet Propulsion Laboratory (NASA JPL) in California.

Before taking off on his new adventure, Summers took time out from his busy schedule to share with us what inspires him as a student, what he learned while working on the award-winning UW Hyperloop project, and what’s next.

Allen School: What is your favorite thing about being an Allen School student?

Colin Summers: The excitement of the students. Of every academic program that I have been a part of — and there have been quite a few — I have not seen students more self-motivated and passionate than CSE students. Everywhere you look, students are chasing their interests whether it be robotics, video games, travel, theory, or any one of the wild things people pursue in this school.

Allen School: Who has inspired you the most as a student?

CS: There’s almost too many to list! Some recent inspirations might include fellow students Johan Michalove for sharing a giddy excitement over robotics, Meredith Lampe for helping to convince me to give CSE 142 a shot, and John Kaltenbach for continually stoking my love of travel; professor Dieter Fox, for sharing a glimpse of the future of robotics; Adam Blank, for demonstrating how to be yourself in the pursuit of what you love; Jonathan Lee, for getting me excited about computational theory and mathematics all over again…As I said, too many to list!

Allen School: What hobbies and interests do you have outside of school?

CS: I’m an avid skier and climber and have recently started to merge the two in the pursuit of mountaineering. I love travel and have spent a bit over a year living in South America, plus a bit of time in Indonesia.

Allen School: What is one of your favorite student memories so far?

CS: Flying to Texas last year with the UW Hyperloop team for the Design and Build competition was one of the most incredible experiences that I’ve had in college. There was about 15-20 of us that went down to pitch our design to a panel of over 100 judges from industry and academia, in the hopes of securing a spot in the final round of the competition. Of over 1,200 teams that applied, only 120 were selected to present — and fewer than 30 teams made it out with approval to build out their designs and race.

The competition is now over, and UW Hyperloop placed 4th in the US and 6th in the world. Hyperloop presented the opportunity to work on a radical new concept that had never been done before, alongside some of the most excellent engineers I’ve ever worked with. It challenged me to think outside the box and to recognize the importance of team dynamics and vision in leading an engineering project.

CS: Recently, Johan Michalove and I began a robotics project, Dub Car, as part of a new undergraduate program titled Cyber-Physical Systems Group (CPSG). What first started as a side project has since matured into a full-blown honors research project under professor Dieter Fox. Our task is to design, build, and program a 1/10th scale autonomous race car from commercial parts that can be used as a future platform for research in control theory, computer vision, systems development, and autonomy.

Through sponsorship, donations, and our own pockets we’ve managed to scrape together all of the parts needed for our platform and are in the final stages of assembly. A lot of work remains (especially if I keep blowing up the motor controller!), but we’re in it for the long haul and have loved every minute of it thus far. Luckily, we somehow both managed to land internships at NASA JPL for this summer, and we are excited to keep the progress going year-round!

We’re happy to have a star like Colin as part of the Allen School community. Good luck in your internship, Colin!