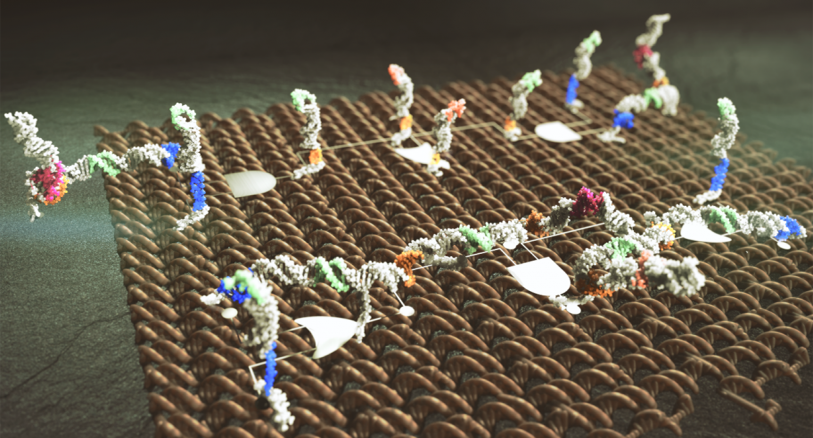 A team of researchers from the University of Washington and Microsoft Research Cambridge have achieved a breakthrough in the design of computational circuit boards using DNA molecules. The group, which was led by Allen School and Electrical Engineering professor Georg Seelig and Andrew Phillips, head of the Biological Computation Group at Microsoft Research, applied principles of spatial organization to create a new “DNA domino” architecture that reduced computation time from hours to minutes compared to existing approaches. The results of the team’s work, which could lead to important advances in molecular engineering and embedded circuit design, were published in the journal Nature Nanotechnology.

Spatial organization is at the heart of many human-engineered systems, including silicon circuitry. Spatial constraints — the proximity of a system’s components to one another — dictate the flow of information between those components, accelerating it among those close to each other and reducing interference from those that are positioned farther apart. In a departure from this organizing principle, synthetic molecular circuits have focused on chemical specificity — a biological interaction determined by the binding properties of proteins — over proximity to guide the interactions of diffusible components.

The team from UW and Microsoft opted for spatial organization over sequence specificity in devising its DNA domino architecture. As the name suggests, the circuits in this new system transmit information in a cascade, from one adjacent component to the next — akin to a line of dominoes. To construct their circuits, the team laid out short strands of DNA, called staples or hairpins, on long strands of DNA folded into a scaffold known as DNA origami. Using this approach researchers were able to construct elementary Boolean logic gates and transmission lines, as well as a two-input, dual-rail XNOR gate that demonstrated the potential for the domino architecture to serve as a building block for a molecular computer. 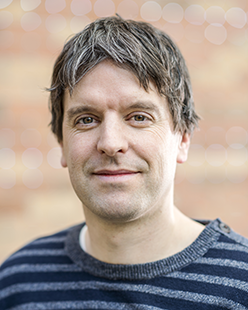 The domino effect resulted in significant improvements in speed and efficiency over current approaches. In one experiment, the domino circuits performed in just seven minutes what would take a circuit built with diffusible components four hours to complete. And because proximity, not specificity, controls the interactions in the domino architecture, components can be duplicated and reused across circuits — enabling more efficient, modular design of molecular control circuits.

Seelig is particularly interested in how this work will translate into novel applications in health care, from new biosensing capabilities to tiny, DNA therapy-delivery robots.

“This work brings moves us closer to being able to use molecular computing for novel therapeutics and diagnostics,” said Seelig. “Not only because computation in a localized circuit is over 10 times as fast as earlier, non-localized circuits, but also because co-localizing functional components on a molecular board will make them easier to deliver to cells.”

In addition to Seelig and Phillips, co-authors of the paper include UW Bioengineering Ph.D. alum Gourab Chatterjee, now a postdoc in the Seelig Quantitative Biology and DNA Nanotechnology Lab; scientist Neil Dalchau of the Biological Computation research group at Microsoft Research Cambridge; and Richard Muscat, former postdoc in the Seelig Lab and now Research Funding Manager at Cancer Research UK.

Learn more in the Nature Nanotechnology paper and related articles on the Microsoft Research Blog and in IEEE Spectrum.