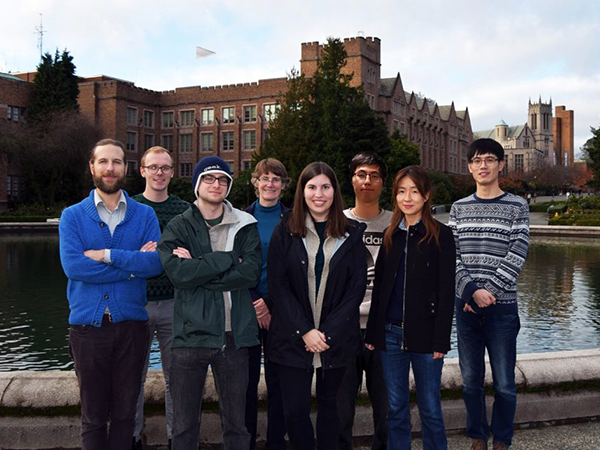 A team of researchers from the Allen School and University of Washington Department of Electrical Engineering has been named a finalist for Amazon’s inaugural Alexa Prize. The UW team, which is the only North American competitor to make it to the next round, earned one of only three available places for Sounding Board, a conversational agent developed to engage users in thoughtful, informative discussion and transform how people interact with everyday devices in their homes.

The Alexa Prize is a $2.5 million university competition designed to encourage the development of conversational artificial intelligence (AI). The goal is to produce a socialbot — an AI capable of coherent conversation with humans — that is able to converse about popular topics and current events for 20 minutes. Teams built their socialbots using the Alexa Skills Kit and receive continuous, real-world feedback from millions of Amazon customers that have interacted with them anonymously through Alexa.

More than 100 teams from universities in 22 countries applied to be part of the inaugural competition. The finalists were selected from among 12 semifinalists whose socialbots were evaluated based on customer ratings of their interactions during hundreds of thousands of conversations between July 1 and August 15. In a blog post, Amazon’s Ashwin Ram, senior manager for Alexa AI, announced that UW’s Sounding Board team and the Alquist team from the Czech Technical University in Prague received the highest average customer ratings, earning them a place in the finals. What’s up Bot from Heriot-Watt University in Edinburgh, Scotland earned the wildcard slot.

The winner of the Alex Prize will be announced at AWS re:Invent 2017 in November in Las Vegas, Nevada. Amazon will publish participating teams’ technical papers in the Alexa Prize Proceedings as a way of sharing their work with the broader research community.

Read more about the finalists in GeekWire and Xconomy, and contribute to the development of conversational AI by saying “Alexa, let’s chat” to interact with the finalists’ socialbots.

Published by Kristin Osborne on September 1, 2017