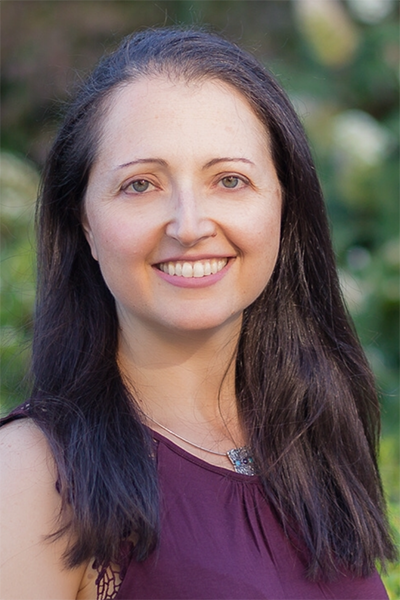 Anat Caspi, director of the Allen School’s Taskar Center for Accessible Technology, is being honored with the 2017 Innovation Award from Northwest Access Fund, a non-profit organization devoted to improving access and opportunity for people with disabilities throughout the Pacific Northwest. The Innovation Award recognizes a business, organization, or individual who has developed one or more products that improve quality of life for people with disabilities.

“Northwest Access Fund was honored to have Anat Caspi present on the work of the Taskar Center at our January 2017 Board of Directors meeting,” said Emerson Sekins, executive director of Northwest Access Fund. “One highlight of her presentation was on AccessMap Seattle, which will be a powerful tool for our clients with mobility barriers — especially those who use manual wheelchairs.”

AccessMap, which grew out of a student-driven project that won the City of Seattle’s 2015 Hack the Commute competition, is a route-finding app that makes navigating Seattle streets safer and easier for everyone with the assistance of customizable route maps that take into account the local terrain, the presence or absence of curb ramps, and other potential obstacles.

“The Taskar Center is making it possible for people with disabilities to save time and energy, and in doing so allowing for greater participation in all our communities,” Sekins said.

Allen School professor emeritus Richard Ladner, a renowned accessibility researcher who has watched the Taskar Center grow under Caspi’s leadership, nominated her for the award based on her contributions to AccessMap and other innovative projects geared to improving the lives of people with disabilities.

“The mission of the center is to create new technologies and translate that technology to actual practice,” Ladner explained. In addition to AccessMap, Ladner lauded Caspi’s work on the Universal Play Kiosk. The kiosk, which was featured at the 2015 Seattle Design Festival focused on the theme “Design for Equity,” is a modular, configurable activity space that engages children of all abilities, including those living with mobility impairments, in sensory-rich games and activities.

“Anat works closely with children and their parents with disabilities,” Ladner noted. “She is an incredible advocate for including these children in the mainstream by building on the children’s strengths using technology. She is very deserving of the Northwest Access Fund Innovation Award.”

Caspi and her fellow honorees will be formally recognized at Northwest Access Fund’s annual awards dinner and benefit on November 2 in Seattle. The event celebrates organizations and individuals who endeavor to include, serve, and help people with disabilities in Washington and Oregon while building support for Northwest Access Fund’s programs that enable people to achieve greater independence with the help of assistive technologies.

Published by Kristin Osborne on October 27, 2017