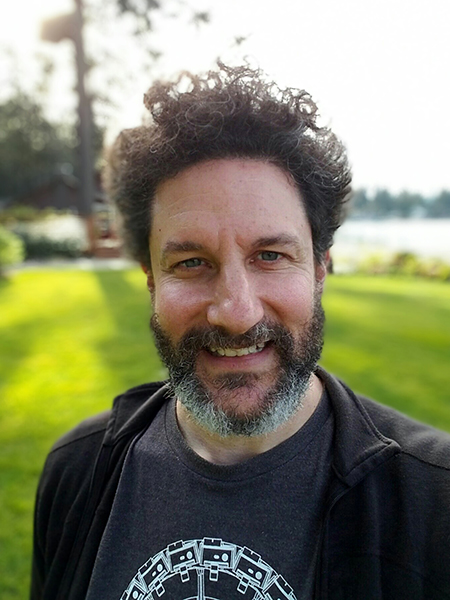 Allen School professor Steve Seitz and Ph.D. alumni Gail Murphy and Geoffrey Voelker have been named Fellows of the Association for Computing Machinery (ACM). They are among just 54 computer science educators, researchers and practitioners to be recognized as 2017 Fellows based on their outstanding technical accomplishments and service to the computing community.

“To be selected as a Fellow is to join our most renowned member grade and an elite group,” said ACM President Vicki L. Hanson in a press release. “The Fellows program allows us to shine a light on landmark contributions to computing, as well as the men and women whose tireless efforts, dedication, and inspiration are responsible for groundbreaking work that improves our lives in so many ways.”

Steve Seitz was recognized by the ACM for his “contributions to computer vision and computer graphics.” As a member of the Allen School’s Graphics & Imaging Laboratory (GRAIL), Seitz has made a number of important technical contributions to advance the state of the art in computer graphics and vision and enable new capabilities in augmented and virtual reality. These include DynamicFusion, the first dense simultaneous localization and mapping (SLAM) system capable of real-time reconstruction of dynamic scenes that feature subjects in motion. The project represented a major leap forward in both SLAM and 3-D reconstruction, earning Seitz and his collaborators — former Allen School postdoc Richard Newcombe and professor Dieter Fox — the Best Paper Award at the 2015 International Conference on Computer Vision and Pattern Recognition (CVPR).

“I’m really excited about the field of virtual and augmented reality and putting a lot of my energy into this area,” Seitz said. “I mean, how often do you get a chance to help define the next computing platform?”

Seitz is particularly excited about inspiring students in this burgeoning field. He and Kemelmacher-Shlizerman developed the curriculum for the Allen School’s Virtual and Augmented Reality Capstone to give students a chance to experiment with the latest technology and software. Students in the course worked in teams to build a variety of apps, from holographic chess, to virtual painting, to cooking and music lessons.

Seitz splits his time between the Allen School and Google Seattle, where he leads a 3-D vision team responsible for developing the Google Jump professional VR video system and Cardboard Camera, which turns an Android smartphone into a virtual reality device to bring VR to the masses. His enthusiasm for using virtual reality as a means of transporting people somewhere they are not earned him the title “teleportation director.”

In a way, his recent recognition from the ACM has transported Seitz back in time; the news of his selection has enabled him to reconnect with people who have been important throughout his career.

“The best part is getting these warm emails from so many friends and colleagues that I’ve worked with over the years,” he said. 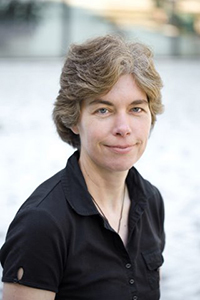 Murphy is a professor in the Department of Computer Science and Vice President for Research & Innovation at the University of British Columbia. She was recognized by the ACM for “contributions to recommenders for software engineering and to program comprehension.”

Murphy has devoted her research career to helping software developers and other knowledge workers to work smarter and better, inspired by her own experience as a software developer before she came to the University of Washington to earn her Ph.D. working with the late David Notkin. To that end, she and her team at UBC study how software is developed and design and evaluate tools for developers to manage large, complex software systems. Murphy’s approach has been described as one that puts people first and tools second. It is an ethos she put into practice at Tasktop Technologies, a company she co-founded a decade ago with Ph.D. student Mik Kersten and researcher Rob Elves. Together, they set out to streamline software development and delivery at the enterprise level through a suite of integrated tools for enhancing communication and collaboration.

“A big challenge today is connecting the people involved in large software developments,” Murphy explained when she was recognized with the Allen School’s Alumni Achievement Award in 2014. “When people are not connected, software development lags and problems get introduced into the software.”

Voelker completed his Ph.D. working with professors Anna Karlin and Hank Levy before joining the faculty of the University of California, San Diego, where he is a member of the Systems & Networking and Security & Cryptography research groups. He was selected as an ACM Fellow based on his “contributions to empirical measurement and analysis in systems, networking and security.” 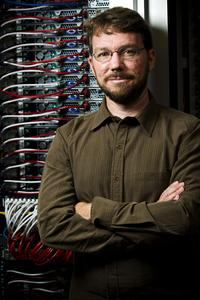 For one of his early contributions, Voelker collaborated with another Allen School alumnus, Stefan Savage, and Ph.D. student David Moore on a study of denial-of-service attacks — the process by which attackers overload servers connected to the internet with messages. The team’s work, which represented the first time anyone had publicly measured the extent of DoS activity on the internet, earned the Best Paper Award at the 2001 USENIX Security Symposium. The enduring relevance of Voelker’s and his colleagues’ research to the field of network security was recognized with the USENIX Test of Time Award earlier this year.

Since that pioneering research, Voelker has made contributions in a variety of areas, including cellular networks, machine virtualization, cloud storage, and cybercrime. Roughly a decade after the landmark DoS study, Voelker worked with Savage and a group of colleagues at UCSD, University of California, Berkeley, the International Computer Science Institute, and the Budapest University of Technology and Economics on an ambitious project to map the spam value chain. Voelker and his colleagues discovered that 95 percent of spam-advertised pharmaceutical and software purchases are funneled through just a handful of banks and credit card processors — a bottleneck that could be used by financial institutions and regulators to shut spammers down.

With more than 100,000 members worldwide, the ACM is the world’s largest computing society devoted to advancing computing’s technical, educational, and social impact. Fellows are selected by their peers and represent the top one percent of ACM’s overall membership.

Read the ACM’s announcement here, and view the full list of 2017 Fellows here.

Congratulations to Steve, Gail, and Geoff on this well-deserved recognition!

Published by Kristin Osborne on December 15, 2017