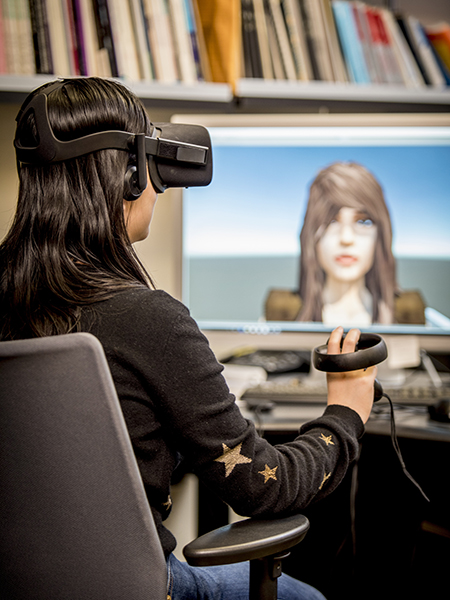 The Allen School has partnered with leading technology companies to create a new academic research center aimed at advancing the state of the art in augmented and virtual reality. The UW Reality Lab, which launched today with $6 million in funding provided by Facebook, Google, and Huawei, will focus on the pursuit of leading-edge research and educating the next generation of innovators in this burgeoning field. The center will build upon the Allen School’s established leadership in computer vision and graphics, object recognition, game science, computer architecture, privacy and security, and more. It will also pave the way for new academic and industry collaborations in a region known as a hub of AR and VR innovation.

The UW Reality Lab will be co-led by Allen School professors Brian Curless, Ira Kemelmacher-Shlizerman, and Steve Seitz. According to Seitz, who serves as chair of the new center and divides his time between the Allen School and Google, academic researchers are uniquely positioned to advance AR and VR by tackling the fundamental research problems that will underpin this growing field.

“We’re seeing some really compelling and high quality AR and VR experiences being built today,” Seitz said in a UW News release. “But there are still many core research advances needed to move the industry forward — tools for easily creating content, infrastructure solutions for streaming 3D video, and privacy and security safeguards.”

Seitz and his colleagues were inspired to create the center in part by their experience in launching the Allen School’s first virtual and augmented reality capstone course. Students in the course worked together in teams to produce new AR applications using the latest devices. Projects ranged from original games, to how-to programs for music and cooking, to art and industrial design tools.

Kemelmacher-Shlizerman, the new center’s director of research and education, said the faculty quickly recognized an opportunity to expand beyond the capstone course to accelerate new developments in the field.

“This opened our eyes to the potential of investing deeper in development of algorithms and applications for AR and VR,” observed Kemelmacher-Shlizerman, who splits her time between the Allen School and Facebook. “We realized there were so many cool things we could do if only we had more resources, more time and more devices.”

The team will have all three thanks to a partnership with Facebook, Google, and Huawei. The funding will be used to develop new courses and provide the infrastructure and access to emerging technologies that will enable UW researchers and students to develop and test new ideas and applications. The companies are also contributing time and expertise to the UW Reality Lab’s advisory board, a group of leaders drawn from across the AR/VR community who will assist the center in remaining at the forefront of new developments in the field.

As director of the new center, Curless is enthusiastic about the opportunity to help shape the future of AR and VR. “It’s big, it’s happening now and there’s a lot of research to be done,” he said. “We’re thrilled to take a leading role in making it all happen.”

Visit the UW Reality Lab website and read the UW News release to learn more, and see coverage in The Seattle Times, GeekWire, Xconomy, and the Puget Sound Business Journal.

Published by Kristin Osborne on January 8, 2018