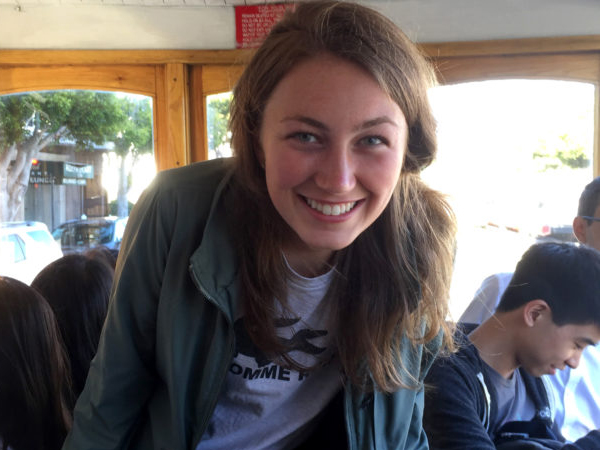 Betts, who hails from Kansas City, Missouri, is an active contributor to the Allen School community, serving as a teaching assistant for our popular introductory programming courses and engaging in undergraduate research in the Molecular Information Systems Lab. In talking about her chosen field, she likes to point out that programming is inherently a creative endeavor — and that people don’t necessarily have to be the “STEM type” to be good at it. She is especially eager to engage more young people from underrepresented groups in computer science.

“Now that I’ve started programming, I can’t imagine doing anything else in a career, but more broadly I’m motivated by the voices I hope to lift up in whatever capacity I can,” Betts told GeekWire. “There are so many perspectives that aren’t being heard because of how poorly the field as a whole reflects the larger population, which is why in the future, no matter what I do, I hope to mentor and lift up young women.”

Betts knows first-hand how uplifting such support can be as one of the TUNE Scholars, a program that supports undergraduate women pursuing computer science and other tech-focused degrees at the University of Washington with housing, mentorship, and networking opportunities.

“I find inspiration in all of the young women I’ve gotten to work with, the awesome, hard-working and motivated women I get to live with as a TUNE Scholar, and in thinking about how much I have to be grateful for.”

Read the full article here, and check out profiles of recent Allen School “Geeks of the Week” Alex Mariakakis, Ira Kemelmacher-Shlizerman, Shyam Gollakota, and 2017 “Geek of the Year” Ed Lazowska.

Published by Kristin Osborne on January 12, 2018