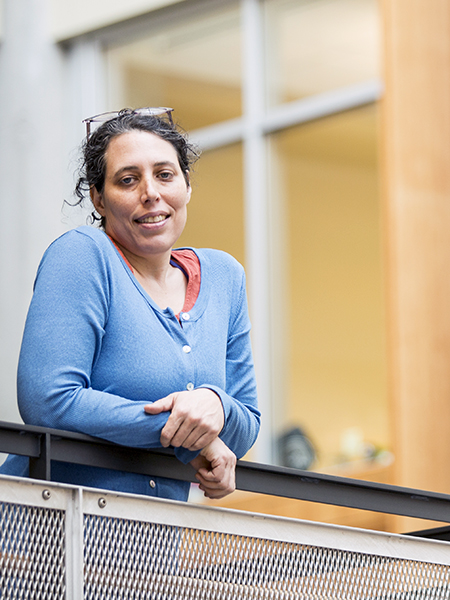 Allen School professor Jennifer Mankoff is an award-winning researcher in human-computer interaction and accessibility. But her road to a successful academic research career was bumpier than most promising young faculty. In addition to navigating the demands of teaching and research while raising a young family — she and spouse Anind Dey, the new Dean of the University of Washington’s Information School, have two children — she had another obstacle to overcome: her health.

According to the U.S. Centers for Disease Control and Prevention, roughly half of all adults in the United States have one or more chronic illnesses — some of which may be “invisible” to others yet are no less debilitating. A little over a decade ago, Mankoff was diagnosed with Lyme disease, a tick-borne illness that is tricky to diagnose and just as tricky to manage, with symptoms that over time ranged from extreme fatigue, to loss of hearing, memory, and fine motor control. She recently spoke with Nature as part of the journal’s in-depth look at how scientists balance the demands of research with long-term illness. It’s a topic that has received very little attention — a situation Mankoff and the other featured researchers hope to rectify by speaking out about their experiences.

As the article makes clear, chronic illness takes a heavy emotional as well as physical toll. Although Mankoff continued doing those things that define success in academic research circles — writing grants, publishing research, and earning tenure — her battle with Lyme cause her to question who she is and what she is capable of.

“My image of who I could or should be didn’t match up with reality in terms of my productivity,” she explained.

For Mankoff and the others who went on the record for the story, finding their way often means finding a way around the limitations brought on by their condition. Mankoff says she “long ago learned that one aspect of managing a chronic illness is accepting the ‘disability’ label and working within that structure to make things easier.”

For example, she requests a classroom near her office so she does not have to contend with a long trek across campus on days when her Lyme-induced fatigue is particularly acute. She also has become adept at prioritizing tasks and at breaking down large tasks into smaller ones, both of which help her to take full advantage of times when her illness takes a back seat. 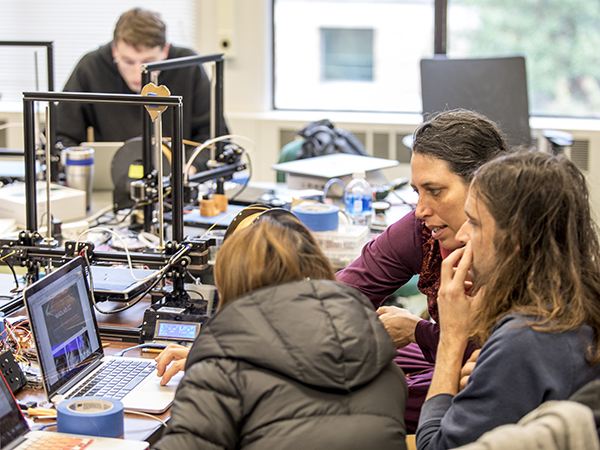 Mankoff, who arrived at the Allen School last fall after 12 years on the faculty of Carnegie Mellon University, in part credits her colleagues’ support for enabling her to carve out a career that works for her.

“I’ve been lucky to receive a tremendous amount of positive support from the faculty at CMU and again at UW during my interview and since I arrived,” Mankoff told the Allen School News. “Equally important was the support I received at home from my family. That said, negotiating something like this is a personal process, and one for which there are no easy answers.”

Mankoff points out that the lines between work and personal life can get blurred. From her perspective, that is not a bad thing — in fact, she says, it has made her a better researcher. It also opened up new avenues of inquiry that she may not have considered otherwise, including the impact of chronic disease on quality of life, the development of tools for managing chronic illness and physical therapy, and predictors of trust in health care content based on whether it was produced by practitioners or peers.

“Life outside work sometimes – often – impacts work, and for me it has never made sense to keep them separate,” she explained. “My research is often inspired and driven by my personal experiences, and that in turn helped my motivation to get through this.”

Speaking of motivation, Mankoff believes it is important to talk about her journey to give hope and support to others who find themselves in a similar position. While in Pittsburgh, she blogged about Lyme disease and helped to organize local support group efforts. She also has taken on a prominent role in the academic community leading an accessibility group that advocates for access to conferences and online materials.

Although going public can be scary, Mankoff says she does it because, “If my story, or any of the other information in this well researched article, can help someone, then I hope it reaches them.”

Read the full Nature article here and learn more at Chronically Academic, a support network for people with chronic illnesses working in academia.

Published by Kristin Osborne on January 17, 2018