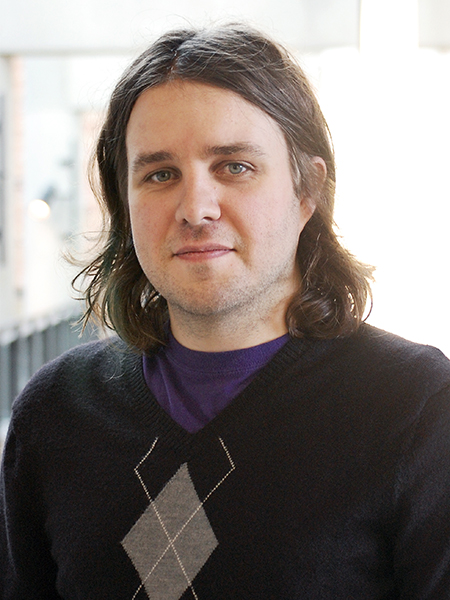 Allen School professor and undergraduate alumnus Kurtis Heimerl (B.S., ’07) has been recognized with a 2018 Diamond Award from the University of Washington’s College of Engineering. Each year, the Diamond Awards recognizes alumni and friends of the college who have made significant contributions to the field of engineering. The college is honoring Heimerl with its Early Career Achievement Award, which is given each year to an outstanding graduate of the college who has made exceptional professional contributions through research, teaching or service within the first 10 years of their career.

Heimerl is a member of the Allen School’s Information & Communication Technology for Development ICTD) Lab, which focuses on improving the lives of underserved populations in low-income communities through technology. He is particularly interested in harnessing the potential for technology to alleviate poverty by bringing mobile internet access to people in some of the most remote regions on earth.

“Growing up in Alaska, I developed a deep understanding and appreciation of rural life and the difficulties of connectivity in these environments. This background, in areas where people are forced to improvise and resolve their local issues, has always informed my research,” Heimerl explained. “I’m happy and grateful that UW was there to foster my technical skills as a student and now continues to support my work to empower people and communities to own their infrastructure.”

That work began in earnest during his time as a Ph.D. student at the University of California, Berkeley working with professors Eric Brewer and Tapan Parikh (Ph.D., ’07). There, Heimerl became known for his efforts to develop community-based cellular networks. These small-scale networks, which he designed to be locally owned and operated, brought the benefits of cellular connectivity to people in resource-constrained areas that previously lacked coverage. Heimerl founded the startup Endaga, Inc. to commercialize his “cell network in a box,” deploying the technology in rural Pakistan, Indonesia, the Philippines, and other areas without existing wireless infrastructure. 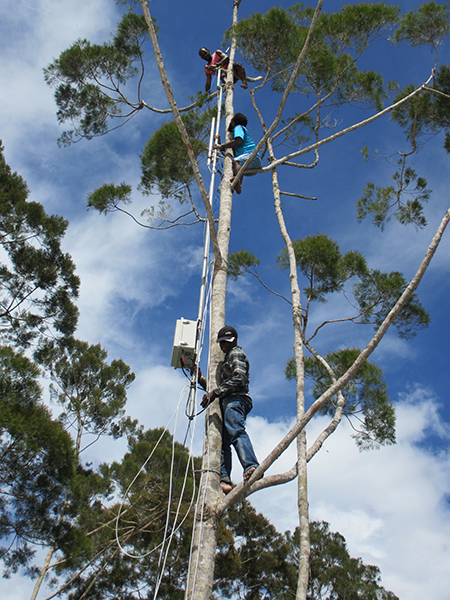 “Cellular communication has revolutionized the way people communicate and connect to essential services, and the benefits are particularly important for people in developing countries,” noted Allen School professor Richard Anderson. “But cell towers are expensive, and if the ‘economic density’ is too low, telecommunication companies won’t invest in connecting those communities. So what can be done to connect the billion people who are still outside of cellular coverage? That’s where Kurtis comes in, developing a ‘local cellular’ technology to address this inequality and bring the benefits of connectivity to more people around the globe.”

In 2014, Heimerl’s efforts earned him the notice of MIT Technology Review, which recognized his contributions with a TR35 Humanitarian Award. Endaga raised $1.2 million in seed funding before eventually joining forces with Facebook in 2015, which gave Heimerl the opportunity to continue his work as a visiting scientist focused on the company’s rural access initiatives. The following year, he joined the UW faculty, where he continues his focus on increasing connectivity and improving economic opportunity for people living in underserved areas.

Most recently, Heimerl and his colleagues began investigating the increasing adoption of smartphones in rural areas that currently lack the bandwidth to support many of the features that are built into those devices. By developing a better understanding of subscribers’ behavior and motivation, the team aims to provide useful guidance for the deployment of new or upgraded cellular infrastructure to support the preferences of people living in these communities.

“Kurtis combines a thorough knowledge of computer systems and infrastructure with creativity and a strong commitment to a set of social values. This allows him to identify and work on research problems that can have a deep and lasting impact on society,” observed Parikh, now a faculty member at Cornell Tech. “Kurtis has frequently challenged my ideas and perspective, and often he has been right. He is also willing to listen and adapt, which is a testament to his maturity as a researcher and the personal ideals for which he works.”

Heimerl and his fellow Diamond Awards honorees will be formally recognized at a gala hosted by the college on May 10th. He joins a distinguished list of past Allen School recipients, including recent Early Career Achievement winners Ben Hindman, founder of Mesosphere (2016), big data pioneer Christophe Bisciglia (2015), LiveJournal creator Brad Fitzpatrick (2014), and consumer technology leader Greg Badros (2012); Distinguished Service winners Yaw Anokwa, one of the creators of Open Data Kit (2015), and Washington FIRST Robotics volunteer Kevin Ross (2013); and Anne Condon, professor at University of British Columbia, who was recognized for Distinguished Achievement in Academia (2012).

Published by Kristin Osborne on January 18, 2018