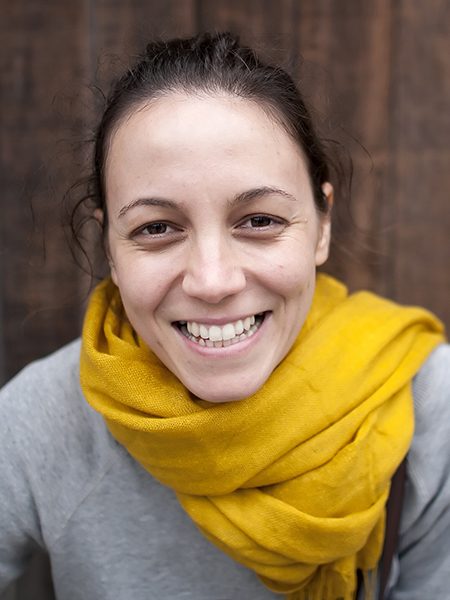 Professor Maya Cakmak, director of the Allen School’s Human-Centered Robotics Lab, has earned a 2018 Sloan Research Fellowship from the Alfred P. Sloan Foundation. The fellowship recognizes Cakmak as one of the most outstanding young researchers in North America and a future scientific leader. Cakmak is among 16 computer scientists to receive a 2018 fellowship, out of 126 fellows overall drawn from more than 50 colleges and universities across the United States and Canada.

“The Sloan Research Fellows represent the very best science has to offer,” Sloan Foundation President Adam Falk said in a press release. “The brightest minds, tackling the hardest problems, and succeeding brilliantly — Fellows are quite literally the future of twenty-first century science.”

Cakmak’s research focuses on the development of general-purpose robots that can be programmed by their end-users, including people living with motor impairments, older adults who wish to age in place, and others who may require assistance in order to maintain their independence. According to Cakmak, it’s an idea whose time has come — one that is made possible by recent advances in the field.

“Within the last decade, developments in robotics, such as common hardware platforms and open-source software, have fueled a great deal of progress towards this vision,” Cakmak explained, citing examples of robots capable of performing household tasks such as folding laundry or emptying a dishwasher. “However, these capabilities are far from ready for the real world for two important reasons: they are tailored to a particular environment in which the robot operates, meaning that they can’t be easily adapted to other settings, and they involve long development cycles and programmers capable of using specialized software.”

The first problem, Cakmak says, is already being addressed through mainstream robotics research that aims to develop universal capabilities that will work correctly in every potential scenario. But those efforts are hampered by the difficulty for researchers of anticipating every variable a robot might encounter in the course of its work. For her part, Cakmak is interested in eliminating the first problem altogether by tackling the second: empowering users to program their own robots to suit their individual needs and environment. To that end, she is working on ways to enable anyone to do what currently can be done only by skilled programmers. Her approach includes teaching robots to physically manipulate objects through demonstration and verbal commands, and the development of new visual and textual robot programming languages that make programming robots simpler and faster than current software engineering practices.

Ultimately, Cakmak’s work is guided by her desire to have a real impact on real people.

“I deeply care about the relevance and usefulness of my research,” Cakmak said. “We try to evaluate systems we develop in my lab with realistic and diverse sets of tasks, putting them in front of potential users with diverse backgrounds and abilities, and we take every opportunity to demonstrate and deploy them in the real world.”

Cakmak and her students collaborate with robotics startups like Savioke and Fetch Robotics to develop tools that can be useful for these companies and their customers. She also runs a summer camp where high school students with diverse disabilities learn to program robots using tools developed in her lab.

Cakmak is the 32nd current or former Allen School faculty member to have earned one of these prestigious awards, for which candidates are evaluated by senior scientists based on their research accomplishments, creativity, and potential to be a leader in their respective fields. She joins recent recipients Ali Farhadi and Jon Froehlich (2017), Emina Torlak (2016) and Emily Fox, Shyam Gollakota, and Thomas Rothvoss (2015).

Cakmak is not the only computer scientist with an Allen School connection to be honored by the Sloan Foundation this year. Former postdoc Simon Peter, who worked with Allen School professors Tom Anderson and Arvind Krishnamurthy, also received a 2018 fellowship. Peter is a faculty member at the University of Texas at Austin, where he focuses on operating systems and networks.

Four other UW faculty members are among the current class of fellows: Jiun Haw-Chu of the Clean Energy Institute, Arka Majumdar of Electrical Engineering and Physics, Jessica Werk of Astronomy, and Chelsea Wood of Aquatic & Fishery Sciences.

Published by Kristin Osborne on February 16, 2018