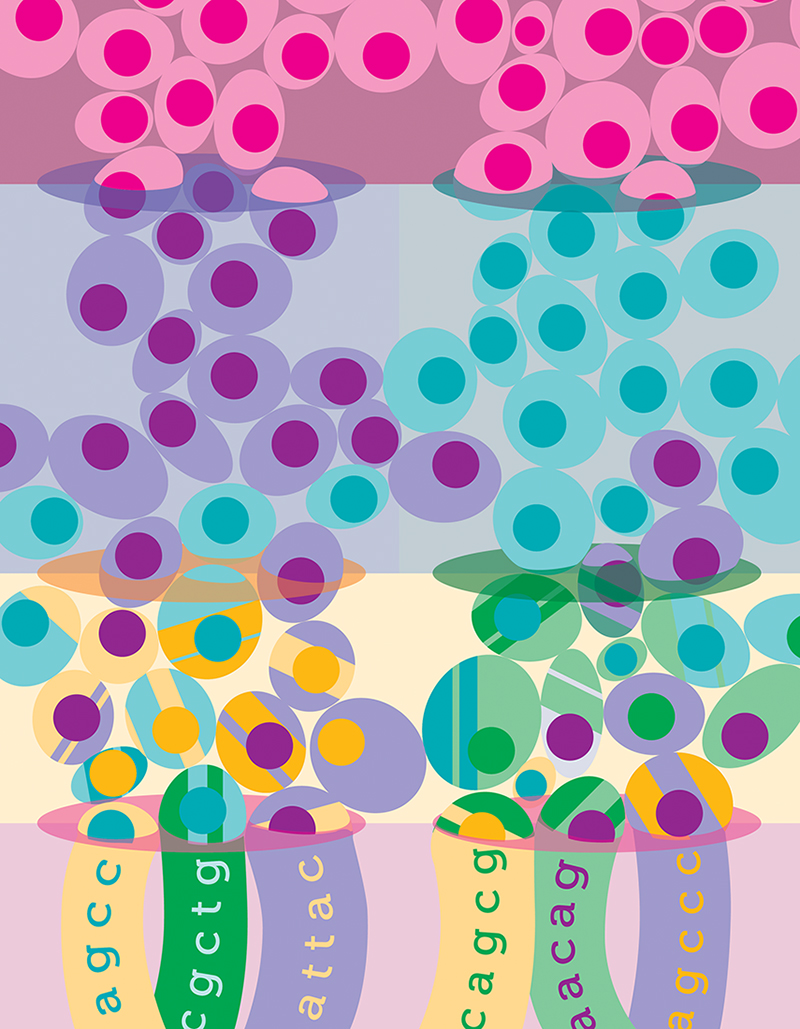 A team of researchers at the University of Washington and the Allen Institute have come up with a highly efficient, scalable approach for measuring gene activity at the cellular level that could aid the fight against potentially devastating diseases. The researchers described their novel technique — called SPLiT-seq, short for Split Pool Ligation-based Transcriptome sequencing — in a paper published this week in the journal Science.

SPLiT-seq enables scientists to identify the cellular origin of ribonucleic acid (RNA) molecules, which are essential to the regulation and expression of genes, without having to rely on expensive instrumentation. It employs an approach called combinatorial barcoding, in which the cells go through multiple rounds of sorting and labeling with a DNA identifier, or barcode, through a process known as in-cell ligation. Each time the cells are sorted, all of the cells in a particular pool — and their corresponding RNA — receive the same barcode. Four rounds of sorting and labeling produced a unique barcode combination for each cell that could be used to identify its RNA during bulk sequencing.

“Using SPLiT-seq, it becomes possible to measure gene activity in individual cells, even if there are hundreds of thousands of different cells in a tissue sample,” explained Allen School and Electrical Engineering professor Georg Seelig in a UW News release. “With these ‘split-pool barcoding steps,’ we solve a big problem in measuring gene expression: reliably identifying which RNA molecules came from which cell in the original tissue sample.”

Seelig and his colleagues used SPLiT-seq to profile more than 156,000 mouse brain and spinal cord cells. They were able to identify more than 100 cell types, for which they analyzed gene expression patterns related to cellular function, region, and stage of differentiation.

The process costs around a penny per cell, according to Seelig, and requires no special equipment. By reducing the expense and effort required to analyze gene expression on the cellular level, the team hopes SPLiT-seq will accelerate research into the onset, progression, and treatment of diseases such as cancer, Parkinson’s, and Alzheimer’s.

Read the full Science paper here, the UW News release here, and a related Allen Institute article here. To learn more about this and related work, visit the Seelig Lab for Synthetic Biology website and follow @seeliglab on Twitter.