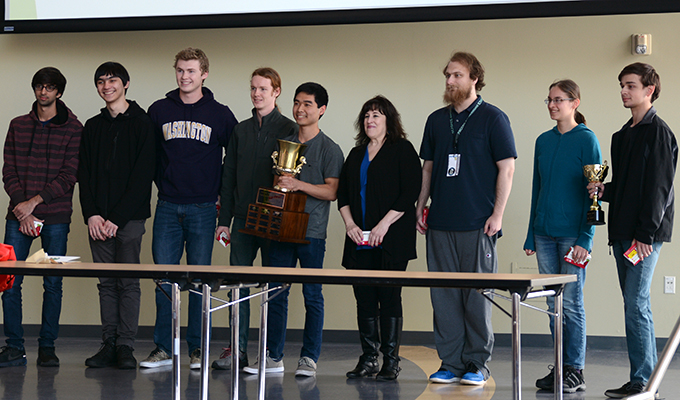 A team of University of Washington students captured first place in the 2018 Pacific Rim Collegiate Cyber Defense Competition (PRCCDC) last weekend to secure a place at the national championships next month. The multi-disciplinary group from Seattle — known as Team Hillarious* — emerged victorious from two action-packed days of competition designed to test their practical skills, teamwork, and time management against 11 other teams from colleges and universities across Washington, Oregon, and Idaho.

Each year, PRCCDC selects a theme that will test students’ ability to identify and fend off cybersecurity attacks from live opponents while maintaining a simulated network modeled on that of a small company with multiple servers and common internet services. The theme of this year’s competition, which was held at Highline College, was supervisory control and data acquisition (SCADA) systems. Teams attempted to keep their SCADA system and all services running — including responding to incoming customer service requests — while a group of industry professionals playing the role of hacker repeatedly attempted to disable their mail and web servers, database, file sharing, and more. The teams were scored on their ability to detect and respond to these outside threats while balancing security needs with business needs. 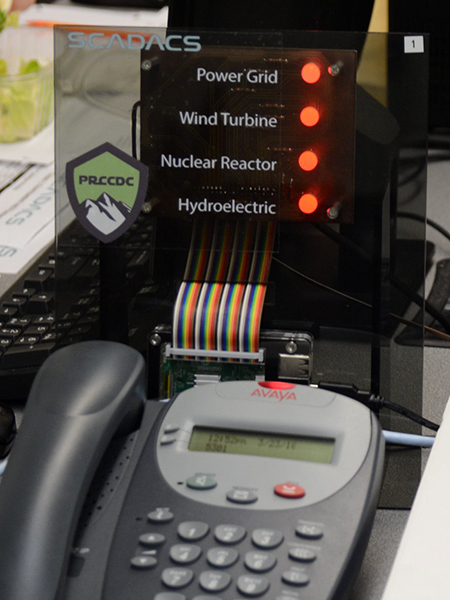 The members of Team Hillarious include Allen School undergraduates Kayla Butler, Emma Casper, Brandon Kim, Xander Lent, Jin Oh, and Rowan Phipps; Dan Arens of Atmospheric Sciences; Justin Inouye of the Information School; Saagar Saini of Mathematics; and pre-major students Stephen Bray, Julia Houppermans, and Nick Huber. The team is advised by Melody Kadenko, a research program director in the Allen School. They have a brief respite before joining their peers from nine other regions at the National Collegiate Cyber Defense Competition (NCCDC) in Orlando, Florida, on April 13th. This will be UW’s seventh appearance at NCCDC since 2009.

Way to go, team — and good luck at nationals!

*This is not a typo: The UW team got its name at a competition several years ago, when a team of hackers frustrated by our students’ ability to defend against their attacks left the team a note that read, “You think you’re so hillarious, don’t you?” And so the legend of Team Hillarious was born.