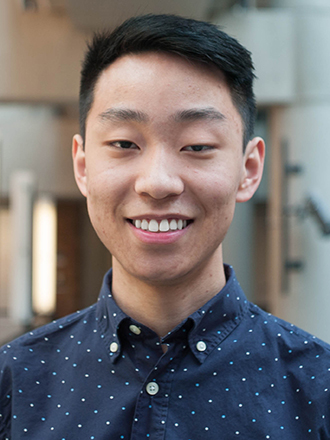 Scholarship winner Nelson Liu is majoring in computer science, statistics, and linguistics. Since fall 2015, he has worked with professor Noah Smith of the Allen School’s Natural Language Processing group on various research problems in NLP and machine learning. He earned a 2017-2018 Washington Research Foundation Fellowship for his research into the limitations of recurrent neural networks and a 2016-2017 Mary Gates Research Scholarship for his work on building models of sound symbolism in language.

Liu has completed multiple research internships off campus, including stints at the Allen Institute for Artificial Intelligence (AI2) and the Information Sciences Institute (ISI) at the University of Southern California. While at AI2, Liu earned an “AI3 award” for his outstanding contributions as part of the team working on Project Aristo. Those contributions included his work on deep learning methods for domain adaptation in reading comprehension and the development of the AllenNLP platform. At ISI, Liu worked on low-resource neural machine translation as part of their Natural Language Group. Liu plans to obtain a Ph.D. in computer science and pursue an academic research and teaching career focused on natural language processing and machine learning. 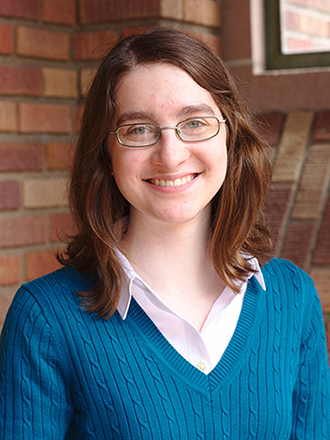 Kimberly Ruth, who also won a scholarship, is pursuing a double major in computer engineering and mathematics. She works with professors Tadayoshi Kohno and Franziska Roesner in the Allen School’s Security and Privacy Research Lab, where her research focuses on privacy and security of emerging augmented reality platforms. In collaboration with Ph.D. student Kiron Lebeck, she contributed to the prototype for Arya — a system that protects users from buggy or malicious output by augmented reality applications — and helped design and conduct a user study focused on multi-user scenarios with the Microsoft HoloLens. Ruth is now spearheading further work on security and privacy for multi-user augmented reality. She also completed an internship with Google’s security and privacy engineering team.

Ruth previously was named a finalist in the Computing Research Association’s Outstanding Undergraduate Researcher Awards competition and earned both a Mary Gates Research Scholarship and a Washington Research Foundation Fellowship for her work in AR security. Outside of the lab, Ruth works as a teaching assistant for middle and high school students taking online classes in math and Python programming. Ruth plans to pursue a Ph.D. in computer science on her way to a research career in computer security and privacy. 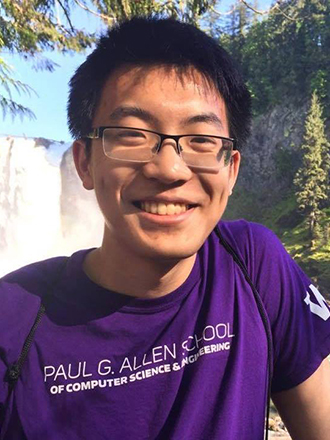 Andrew Luo, who earned an honorable mention, is a double-major in computer science and bioengineering. For the past two years, he has worked in the UbiComp Lab with Allen School and Electrical Engineering professor Shwetak Patel and Allen School Ph.D. student Eric Whitmire on the development of machine learning techniques for automatic detection of user errors in spirometry. The goal of his research is to improve diagnosis and monitoring of patients with diminished lung function while expanding availability of testing in low-resource and remote settings by reducing the need for professional supervision. Luo previously worked in Department of Bioengineering professor Ying Zheng’s lab to design, program, and build a 3D printer for producing sacrificial carbohydrate glass lattices for use in vascular biology research. He also completed an internship at the Institute for Systems Biology, where he developed data simulations to aid research in gene set analysis and enrichment techniques. While at the institute, Luo served as a teaching assistant for a workshop on the use of machine learning to characterize cancers based on biomarkers.

Luo previously earned an Emerging Leaders in Engineering Scholarship and a Mary Gates Research Scholarship and completed a software engineering internship at Facebook. He hopes to join an industrial research lab after completing his education and devote his research career to accessible health sensing.

The fourth and final nominee from the University of Washington in this year’s competition, Tyler Valentine of the Department of Earth and Space Sciences, earned a scholarship in the Geosciences category. The Goldwater Foundation fielded a total of 1,280 nominations from colleges and universities throughout the United States in 10 fields. In addition to CISE and Geosciences, the foundation supports students in Chemistry, Engineering, Life Sciences, Materials Research, Mathematical Sciences, Medicine, Physics & Astronomy, and Psychology. Since 1989, the program has provided more than 8,100 scholarships totaling $65 million dollars.

Congratulations to Nelson, Kimberly, Andrew, and Tyler on their outstanding achievement!