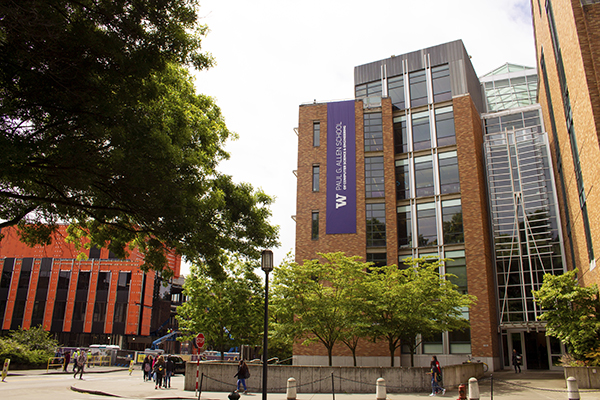 The Allen School historically has accepted only a small percentage of Computer Science majors straight from high school through its direct admission process; the majority of students enroll at UW as “pre-majors” and then apply to the Computer Science major after satisfying prerequisites. Despite recent growth in the number of students the Allen School is able to serve thanks to increased state investment, student interest in computer science continues to exceed capacity — requiring the Allen School to turn away a number of qualified students.

“The Allen School’s expansion of Direct to Major as part of the UW freshman admissions process will provide more assurance to students and their families as they plan for the future,” explained professor Dan Grossman, Deputy Director of the Allen School, in a UW News release. “It also will allow the Allen School to fully engage undergraduates in an immersive computer science experience from their first day on campus.”

While Direct to Major will become the main entry point into Computer Science for the majority of students, the Allen School will continue to offer a pathway for enrolled students who discover the field after their arrival at UW. It will also continue to offer a robust selection of courses designed for non-majors who wish to explore computer science as part of a well-rounded program of study. Direct to Major will have no impact on the admission process for students seeking to transfer into the Allen School’s Computer Science program from community and technical colleges. Nor will it apply to the Allen School’s Computer Engineering major, which will continue to fall under the College of Engineering’s Direct to College admission process announced last year.

The expanded Direct to Major pathway will be open to prospective UW freshmen beginning with the cohort applying this summer and fall, for enrollment in fall 2019. Students who indicate Computer Science as their intended major on their application will automatically be considered.

“The uncertainty faced by entering freshmen led to high levels of stress and frustration for students and parents alike,” said Crystal Eney, Director of Student Services at the Allen School. “This new system will provide them with more clarity at the start of their educational journey and enable us to provide a better experience to students who decide to pursue computer science at the UW.”

Students, parents, and interested members of the public can learn more about the change by visiting the Allen School’s online guide to Direct to Major admission here and the UW News release here.

Published by Kristin Osborne on June 5, 2018