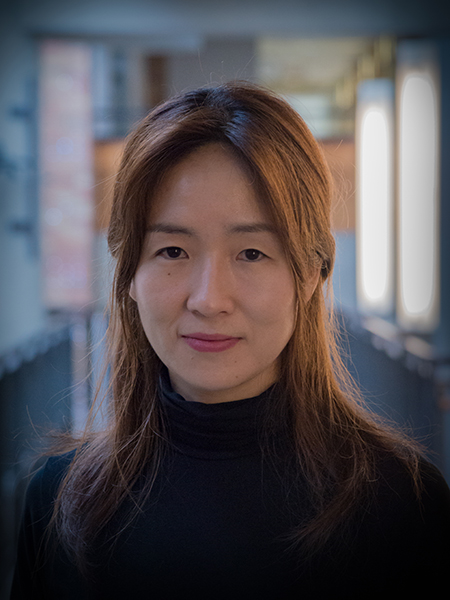 Yejin Choi, a professor in the Allen School’s Natural Language Processing research group, has earned a 2018 Borg Early Career Award from the Computing Research Association’s Committee on the Status of Women in Computing Research (CRA-W). The annual award, which is named in honor of pioneering computer scientist Anita Borg, recognizes women in computing who have made significant contributions to the field through their research and activities that promote diversity.

When Choi joined the Allen School faculty in 2014, she had already established herself as a rising star at the intersection of NLP and computer vision — work for which she shared the 2013 David Marr Prize, one of the most prestigious awards bestowed upon researchers in the computer vision community. Since then, Choi has directed her research toward developing machines’ ability to uncover meaning beyond that which is explicitly expressed in language — to “read between the lines,” so to speak — to enable more intelligent, intuitive communication and to promote artificial intelligence for social good.

Choi is particularly interested in language learning grounded within physical and social contexts to help machines develop common-sense understanding of how the world works and to identify and address implicit bias. To that end, Choi and her collaborators have developed connotation frames for understanding power and agency that they used to uncover bias in modern film scripts; a technique for extracting inferred knowledge about objects and their related actions that humans tend to accept as a given; and an analysis of linguistic patterns associated with online news to distinguish between true reporting, satire, and fake news — to name only a few.

Last year, Choi served as a faculty advisor to the University of Washington team that created a socialbot that captured first place in the inaugural Amazon Alexa Prize competition. She previously earned a place among “AI’s 10 to Watch,” a celebration of early-career researchers who are already making an impact on the field of AI that is compiled by IEEE Intelligent Systems. Choi currently splits her time between the University of Washington and the Allen Institute for Artificial Intelligence (AI2), where she oversees Project Alexandria to build a common-sense AI.

While her research has yielded advances in the detection and correction of language that targets underrepresented groups, Choi’s impact on diversity extends well beyond the lab. She has served as a faculty advisor for the UW College of Engineering’s STARS program, which helps aspiring engineering and computer science majors from underserved communities to successfully navigate the transition to more rigorous college-level coursework. As a member of the executive board of the Association of Computational Linguistics, Choi worked with a special committee aimed at advancing equity and diversity within the ACL community.

In addition to recognizing Choi, the CRA honored University of Michigan professor Reetuparna Das with a 2018 Borg Early Career Award for her service to Women in Computing Architecture (WiCArch) and her many activities to encourage high-school girls and freshmen women in college to explore computing.