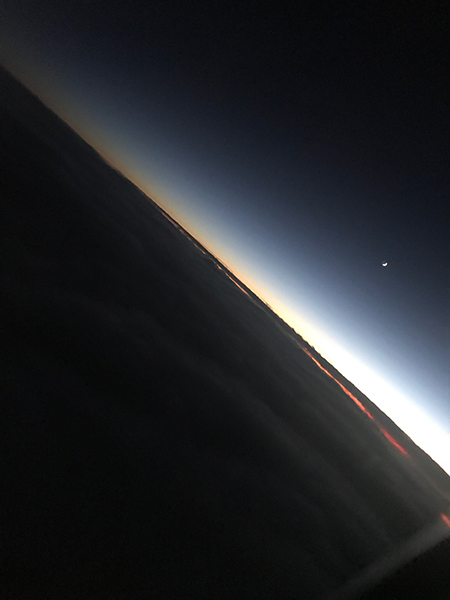 Photo of the moon from afar uploaded to #MemoriesInDNA. This and thousands of other images encoded in synthetic DNA will be sent to the actual moon in 2020.

The #MemoriesInDNA Project spearheaded by a team of researchers in the Molecular Information Systems Laboratory is heading for the moon. The MISL, a partnership between the University of Washington and Microsoft, is working with Twist Bioscience to encode a collection of digital artifacts in synthetic DNA to be launched into space as part of the Arch Mission Foundation’s Lunar Library. The DNA archive, which will include thousands of photos crowdsourced from people around the world in addition to a selection of books from Project Gutenberg, is scheduled to make its lunar landing in 2020.

Space adds a new dimension to the technical challenges associated with storing and retrieving vast quantities of digital data in synthetic DNA. The MISL team has already achieved a number of milestones in its work, including the development of an effective system for random access of individual data files from among millions of DNA molecules. With the Lunar Library mission, the researchers face their most extreme test yet when it comes to preserving such data from the ravages of time, temperature, and radiation. For #MemoriesInDNA (tagline: “What do you want to remember forever?”), it offers an opportunity to engage humankind in advancing digital storage technology that is out of this world.

“Sending DNA into space is a great opportunity for us to make our storage system more robust,” Allen School professor Luis Ceze told UW News. “How can we protect the DNA so that it will still be readable thousands of years into the future?”

Ceze and his collaborators have partnered with the Arch Mission Foundation to explore novel ways of packaging the data to ensure that the archive survives the extreme heat of launch and potentially millions of years in space. For example, the foundation is designing a special payload to protect the DNA, complete with instructions on how to sequence the strands and retrieve the information contained within. But even with an optimal canister design, the research team anticipates some degradation from radiation will occur. To protect their precious cargo from the cosmic rays, the researchers will build both physical and logical redundancy into the archive. The former involves adding multiple copies of the same strand of DNA, so that even as strands degrade, others containing the same data will remain intact and readable. For strands that do not remain intact, the team plans to include additional information about the data itself — the logical redundancy — that will enable someone reading it to piece together any missing data should a portion of the contents be lost. 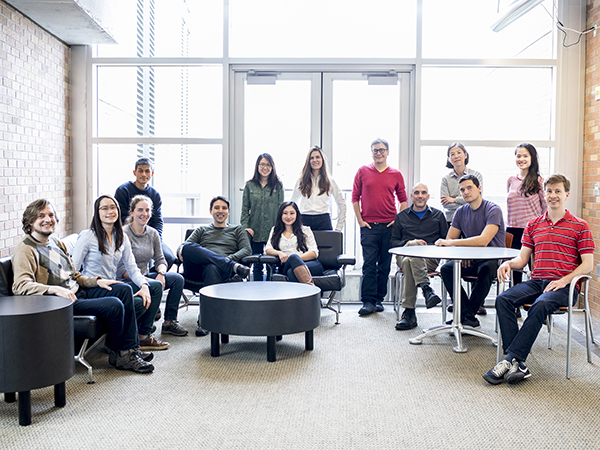 Members of the Molecular Information Systems Lab have developed a system for storing digital data in synthetic DNA. They are now working on ways to build in redundancy to protect against data loss from conditions in space.

The goal of the Arch Mission Foundation is to preserve and disseminate humankind’s most important information across time and space for the benefit of future generations. The DNA archive is the first special collection slated for inclusion in the Lunar Library, and one that the foundation hopes to grow over time into the largest repository of human knowledge encoded in DNA. Anyone on Earth can add their photo to the launch collection by uploading it via memoriesindna.com or by emailing it as an attachment to lunarlibrary@memoriesindna.com.

“With this collaboration, we show the value of human knowledge and the incredible density achieved with storing digital information in DNA,” said Microsoft senior researcher Karin Strauss, who is also an associate professor in the Allen School. “This work with Arch continues to push the boundaries of what’s possible in increasingly exciting ways and remarkable directions.”