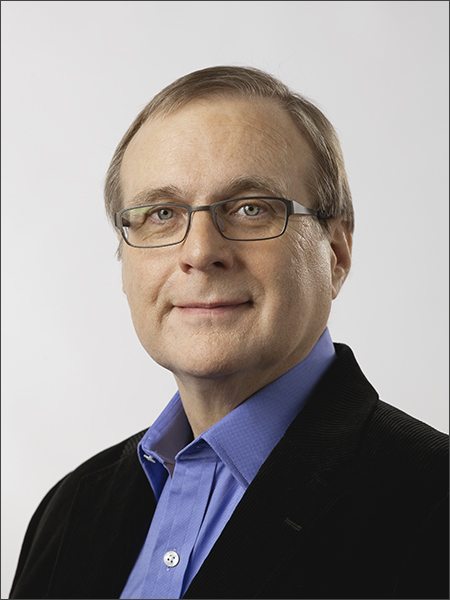 It is with great sadness that the faculty, staff, and students of the Paul G. Allen School of Computer Science & Engineering mark the passing of Paul Allen — pioneering innovator, generous philanthropist, and faithful friend. Mr. Allen was a visionary who opened up new frontiers and pushed the limits of scientific discovery. His connection to the University of Washington ran deep. Through his vision, his leadership and his generosity, he transformed our program, our campus, our region, and the world.

“Paul’s vision of the role of science and technology in society coupled scientific discovery with the quest for solutions to humankind’s greatest challenges,” said Allen School professor Ed Lazowska. “It led him to establish the Allen Institutes for Artificial Intelligence, Brain Science, and Cell Science — and to invest in us, the Paul G. Allen School. We are deeply saddened by his death, and we recommit ourselves to the pursuit of this vision.”

When the Allen School was announced in March 2017, Mr. Allen expressed optimism that we were entering a golden age of innovation in computer science. “I look forward to watching the new Paul G. Allen School of Computer Science & Engineering continue to make profound contributions both to the field and to the world,” he said. “I look ahead with anticipation to the advances that will continue to flow from the school — advances that I hope will drive technology forward and change the world for the better.”

We did not have nearly enough time to demonstrate how we would repay his faith, but we will continue to draw inspiration from his words and his belief in what the Allen School could achieve.

“Paul was a truly remarkable person who changed the world multiple times in his lifetime, and whose initiatives will continue to change the world for decades to come,” said Allen School Director Hank Levy. “We can only hope to follow his example, by searching for the most important scientific and societal challenges of our era and applying our energies to solving them.”

Mr. Allen was a giant. As we said on our very first day as the Allen School, his gift will inspire us to reach higher every day.

Published by Kristin Osborne on October 15, 2018