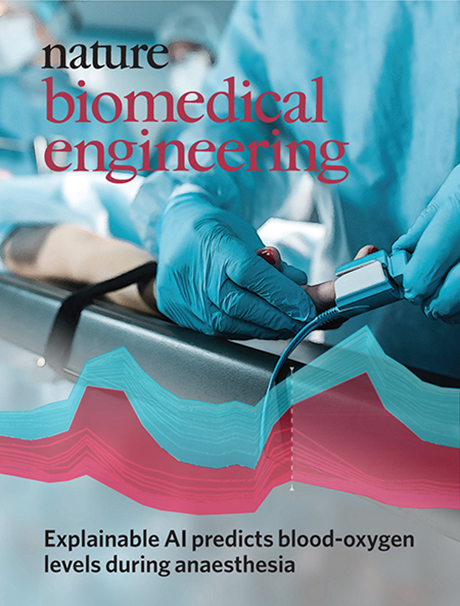 A team led by Allen School professor Su-In Lee and Ph.D. student Scott Lundberg has developed a machine-learning system that both predicts and explains why some patients are at risk for developing hypoxemia, a potentially dangerous drop in blood oxygen levels that can occur in people under general anesthesia. A growing number of predictive machine-learning models have shown high accuracy in medical applications, but understanding how they arrive at their predictions remains a challenge. The aptly-named Prescience analyzes factors specific to the patient and procedure that may presage hypoxemia and explains their impact on a patient’s risk in real time to aid anesthesiologists in preventing life-threatening complications during surgery. The project, which was developed in collaboration with physicians at UW Medicine, Seattle Children’s, and the Veterans Affairs Puget Sound Health Care System, is featured on the cover of the latest issue of Nature Biomedical Engineering.

Hypoxemia during surgery is associated with a range of adverse medical outcomes, including cardiac arrest, post-operative infection, decreased cognitive function, and more. While operating room personnel are able to continuously monitor a patient’s blood oxygen saturation with the aid of pulse oximetry, such data do not enable them to anticipate a hypoxemic event — only react to one that is in process. Prescience supplements pre-surgery and real-time patient data with minute-by-minute data from more than 50,000 past surgeries to reliably predict when hypoxemia is likely to occur and which combination of factors led to its prediction.

Because it can both anticipate and explain hypoxemia risk, Prescience represents a marked improvement over existing decision support systems — which tend to support interventions that are more reactive than proactive — and over uninterpretable machine learning solutions. By providing both predictions and explanations, this approach can help doctors to establish an appropriate level of trust in the model. It’s this difference, Lee says, that makes Prescience such a powerful tool to improve patient outcomes. “Modern machine-learning methods often just spit out a prediction result. They don’t explain to you what patient features contributed to that prediction,” Lee explained in a UW News release. “Our method opens this black box and actually enables us to understand why two different patients might develop hypoxemia.”

The “why” is determined via a complex combination of factors, including patient physiology, medical history, vital signs, ventilator settings, medication, and time. Prescience relies on feature-importance estimates to weigh the strength of each factor in formulating its prediction, which an anesthesiologist can use to determine the most appropriate intervention. The team tested the ability of anesthesiologists to anticipate hypoxemic events with and without the aid of Prescience and found that, using the system, they could correctly predict whether a patient was at risk nearly 80% of the time. 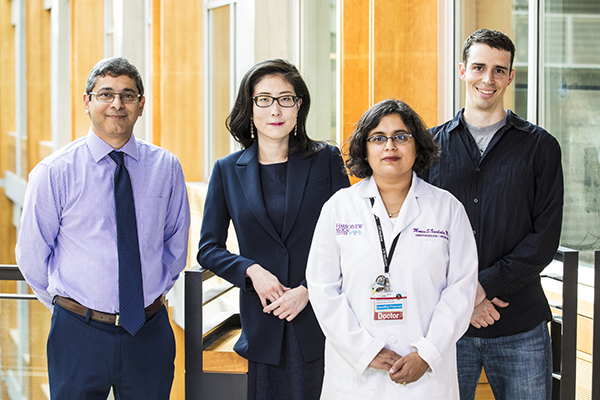 Extrapolating the results of their experiments to the roughly 30 million surgeries performed annually in the United States alone, the researchers found that using Prescience could double from 15% to 30% the proportion of hypoxemic events that could be anticipated and potentially prevented — the equivalent of 2.4 million incidents per year. Given that 20% of the predicted risk is driven by settings under an anesthesiologist’s control, Prescience could become an indispensable tool for achieving better post-operative outcomes for a significant number of patients. “Prescience doesn’t treat anyone,” Lundberg noted. “Instead it tells you why it’s concerned, which then enables the doctor to make better treatment decisions.”

Contributors to the paper presenting Prescience include Drs. Bala Nair and Monica Vavilala, and software engineer Shu-Fang Newman of UW Medicine’s Department of Anesthesiology & Pain Management; Dr. Mayumi Horibe of the Veterans Affairs Puget Sound Health Care System; and Drs. Michael Eisses, Trevor Adams, David Liston, Daniel King-Wai Low, and Jerry Kim of Seattle Children’s. Kim and Lee initially conceived of the project. The team is planning to make further refinements to both the system and the interface before Prescience can be deployed in operating rooms around the country.

For more on Prescience, read the Nature Biomedical Engineering paper, “Explainable machine-learning predictions for the prevention of hypoxaemia during surgery,” and the UW News release. Also see related coverage by GeekWire.