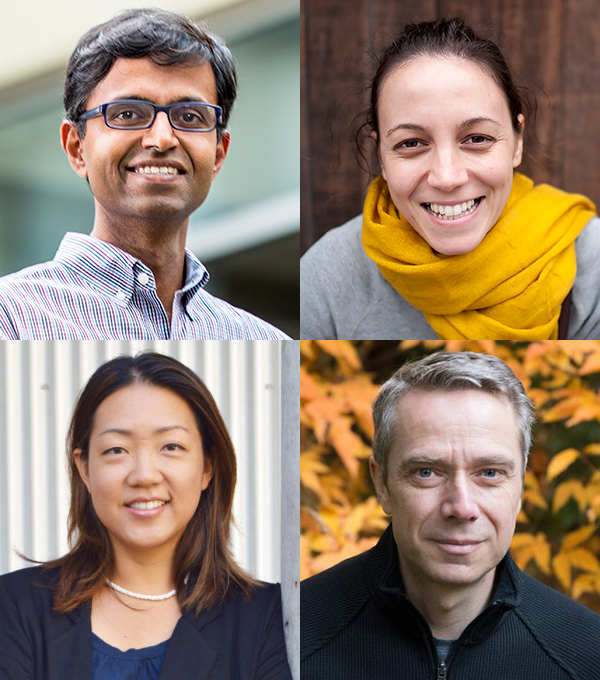 A team of researchers led by professor Siddhartha “Sidd” Srinivasa of the Allen School’s Personal Robotics Lab is contributing to an ambitious new project to better understand human curiosity and how that principle can be applied to robot learning. The initiative, Curious Minded Machine, was launched by Honda Research Institute USA to support academic research that will advance artificial cognition by instilling curiosity in intelligent systems — with the ultimate goal of enabling robots to continuously and independently acquire new knowledge and capabilities for the benefit of humankind.

Srinivasa and Allen School professors Maya Cakmak, director of the Human-Centered Robotics Lab, and Dieter Fox, head of the Robotics & State Estimation Lab, will apply their combined expertise in robot manipulation, human-robot interaction, programming by demonstration, and robot perception to develop a mathematical model of curiosity inspired by the concept of child learning through exploration. In collaboration with professor Leila Takayama of the University of California, Santa Cruz — an expert in the psychology of human-robot interaction — they will test their model via implementation in physical systems and through user studies. The group plans to deploy its “curiosity engine” in two kinds of robots: a social robot that engages with people in its environment, to explore the impact on human-robot interaction; and a manipulator robot that engages with objects, to determine its effect on tasks involving manipulation and control.

In addition to overcoming the technical challenges, Srinivasa foresees having to grapple with questions that get at the heart of what it means to be human — and how the emergence of Curious Minded Machines might alter the way in which we relate to our robot counterparts. “What is curiosity? Can we build a rich mathematical model that makes a robot curious?” Srinivasa wondered during an interview with UW News. “Will a curious robot be accepted more? Will we be more tolerant of its mistakes?”

Cakmak, for one, hopes that will be the case, and that curiosity will not only make robots more adaptable and better at their jobs but also more appealing to people. Aside from these practical considerations, Cakmak and her colleagues are interested in discovering whether the lifelong benefits of human curiosity — the ones that accrue beyond the task at hand — can also be transferred to robots. “Humans are intrinsically rewarded by new information even when that information is not necessarily applicable,” she noted, “but curiosity has long-term benefits. We would like to give robots similar benefits for being curious.” 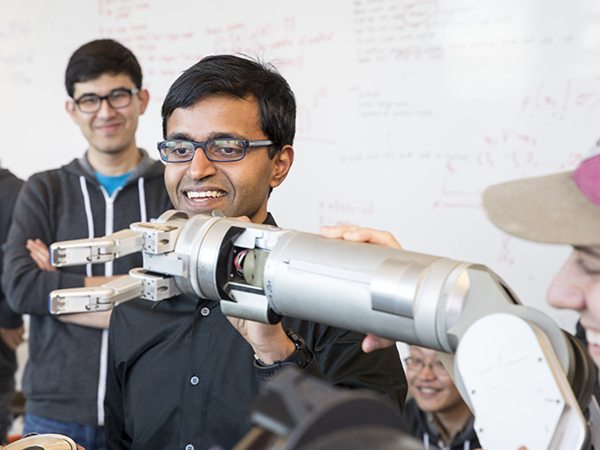 Srinivasa and his colleagues are interested in whether curiosity will enable robots to independently acquire new knowledge and capabilities. Dennis Wise/University of Washington

The University of Washington-led team will receive $2.7 million over three years from the Honda Research Institute to support its work as part of a Network of Excellence that also includes Massachusetts Institute of Technology and the University of Pennsylvania. Each of the partner institutions is tackling a different but complementary challenge; MIT will focus on establishing a causal theory of sensor percepts that will enable intelligent systems to predict future percepts and the effects of future actions, while the University of Pennsylvania team aims to mimic biological learning to aid robots in acquiring representations of the surrounding world and actions.

“Our ultimate goal is to create new types of machines that can acquire an interest in learning and knowledge, and the ability to interact with the world and others,” Soshi Iba, principal scientist at Honda Research Institute USA, explained. “We want to develop Curious Minded Machines that use curiosity to serve the common good by understanding people’s needs, empowering human productivity, and ultimately addressing complex societal issues.”

Read more about today’s announcement in the institute’s press release here and the UW News story here. To learn more about the initiative, visit the Curious Minded Machine website here. Check out a related article by GeekWire here.

Published by Kristin Osborne on October 25, 2018