UW CSE and AI2 in the New York Times: “Artificial intelligence at your fingertips” 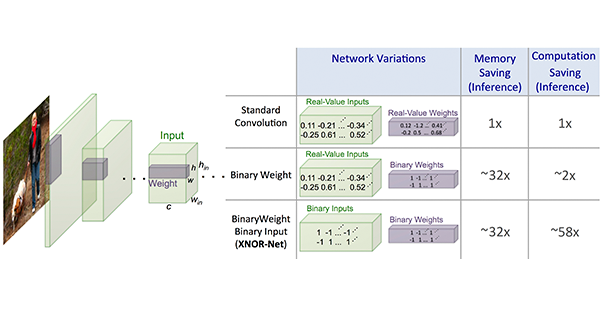 The New York Times published an article over the weekend exploring recent advances in approximate computing in response to a slowdown in Moore’s Law. In the article, UW CSE professor Ali Farhadi, who splits his time between campus and Allen Institute for Artificial Intelligence, shared the results of work with CSE Ph.D. student Joe Redmon and his AI2 colleagues, Mohammad Rastegari and Vicente Ordóñez, to develop efficient variations of convolutional neural networks for object recognition and detection.

“Ali Farhadi holds a puny $5 computer, called a Raspberry Pi, comfortably in his palm and exults that his team of researchers has managed to squeeze into it a powerful program that can recognize thousands of objects.

“But the A.I. system is emblematic of something even more significant for the microelectronics industry as it inches closer to the physical limits of semiconductors made with silicon: It uses 1/32 of the memory and operates 58 times as fast as rival programs.”

The UW CSE-AI2 team’s approximations, Binary-Weight Networks and XNOR-Networks, demand significantly less memory and computational power than standard CNN-based systems but were shown to be highly accurate in natural image classification. Because of this mix of efficiency and accuracy, they could be used to build state-of-the-art recognition systems into portable and wearable devices — which would be a boon for developers of new virtual reality and augmented reality applications. The team revealed its work at the European Conference on Computer Vision (ECCV 2016) in Amsterdam earlier this month.