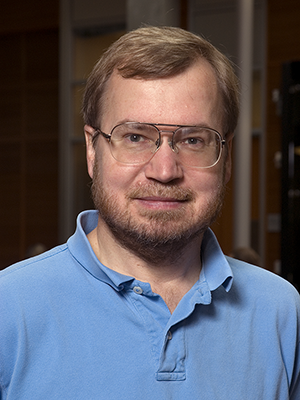 Allen School professor and Ph.D. alum Tom Anderson has been elected a member of the American Academy of Arts & Sciences, one of the nation’s oldest and most esteemed learned societies focused on advancing knowledge, scholarship, and civic discourse. Anderson, who holds the Warren Francis and Wilma Kolm Bradley Chair in Computer Science & Engineering at UW, is one of only seven computer scientists elected this year out of 228 new members drawn from the biological and physical sciences, mathematics, social sciences, business, government, humanities, and the arts.

The Academy seeks out the most accomplished scholars, artists and contributors to civic life for membership. Anderson has made numerous, fundamental contributions to the field of computing in a research career that spans more than 25 years and has yielded more than 20 award papers. Anderson’s work has advanced a variety of important areas, including operating systems, distributed systems, computer networks, multiprocessors, and security. Recently, he has turned his attention to improving the performance of communication-intensive data center applications.

Anderson and his fellow 2017 inductees, including UW Chemistry professor Karen Goldberg, will be officially welcomed to the Academy at a ceremony in Cambridge, Massachusetts in October. They are set to join such rarefied company as Thomas Jefferson, Alexander Graham Bell, Ralph Waldo Emerson, and Georgia O’Keefe — and Allen School colleagues Susan Eggers, Anna Karlin, and Ed Lazowska — as members.

This latest honor follows Anderson’s induction last year into the National Academy of Engineering — one of the highest professional honors bestowed upon an engineer — as well as an impressive string of previous awards and recognition that includes the IEEE Koji Kobayashi Computers & Communication Award, the USENIX Lifetime Achievement Award, and election as a Fellow of the Association for Computing Machinery.