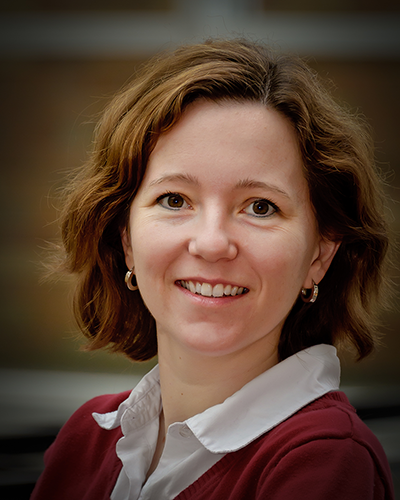 Professor Magdalena Balazinska, member of the Allen School’s Database Group and Senior Data Science Fellow at the eScience Institute, has won the 2017 Test of Time Award from the Association for Computing Machinery’s Special Interest Group on the Management of Data (ACM SIGMOD). Balazinska earned the award for her 2005 paper “Fault-Tolerance in the Borealis Distributed Stream Processing System,” which drew upon her Ph.D. research and was co-authored by Hari Balakrishnan, Samuel Madden, and Michael Stonebreaker at MIT.

The Test of Time Award is given to a paper that appeared at SIGMOD between 10 and 12 years ago that has had a significant influence on the field of data management since its initial publication. In this year’s winning paper, Balazinska and her colleagues presented a novel approach for increasing the fault tolerance of an emerging class of distributed data-intensive applications known as stream processing applications.

At the time the paper was written, stream processing applications were being deployed in an increasing number and variety of domains, including computer networking, financial services, medical information systems, civil engineering, and the military. To make these applications more resilient, Balazinska and her colleagues developed a replication-based approach that enabled fault-tolerant distributed stream processing in the face of node failures, network failures, and network partitions. Unlike existing techniques that either neglected to address network failures or strictly favored consistency over availability, this new approach offered a configurable trade-off between availability and consistency — while guaranteeing eventual consistency.

Balazinska holds the Allen School’s Jean-Loup Baer Career Development Professorship and directs the IGERT Ph.D. program in Big Data and Data Science at the University of Washington. She has received multiple awards recognizing her contributions to the field of data management, including the inaugural Women in Database Research Award at last year’s Very Large Data Bases (VLDB) conference and a Most Influential Paper Award from the Working Conference on Reverse Engineering (WCRE). Balazinska will collect her latest honor at the 2017 SIGMOD/PODS conference in Chicago next month.