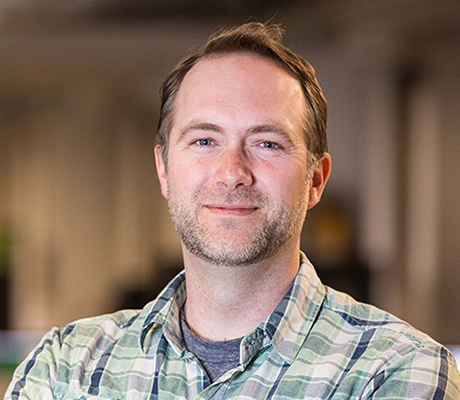 The IEEE VGTC award citation recounts how Heer’s interest in visualization began, as an undergraduate student in electrical engineering and computer science at University of California, Berkeley. It was then that he first encountered the Hyperbolic Tree, a visualization technique developed at Xerox PARC. Its mathematical elegance and the ease with which it enabled one to move through massive hierarchies first drew Heer to visualization research. His subsequent frustration at being unable to rapidly prototype new designs inspired him to focus on higher-level abstractions for expressing visualization and interaction techniques.

Such techniques would be used by Heer and his collaborators to develop a series of robust tools for producing interactive visualizations on the web. These include Prefuse — one of the first software frameworks for information visualization he developed as a graduate student working with Stu Card at Xerox PARC and James Landay, a faculty member at what was then the Department of Computer Science & Engineering at the University of Washington — and Flare, a version of Prefuse built for Adobe Flash that was partly informed by Heer’s work on animated transitions with George Robertson at Microsoft Research.

As a faculty member at Stanford University, Heer worked with Mike Bostock on Protovis, a graphical toolkit for visualization that married the efficiency of high-level visualization systems and the expressiveness and accessibility of low-level graphical systems, and Data-Driven Documents (D3), which succeeded Protovis as the de facto standard for interactive visualizations on the web. Heer also contributed to Data Wrangler, an interactive tool for cleaning and transforming raw data that was developed by researchers at Stanford and Berkeley. Heer and colleagues co-founded a startup company, Trifacta, to commercialize that work.

Since joining the Allen School faculty in 2013, Heer has worked with a team of graduate students in the Interactive Data Lab on a suite of complementary tools for data analysis and visualization design built on Vega, a declarative language for producing interactive visualizations. These tools include Lyra, an interactive environment for generating customized visualizations; Voyager, a recommendation-powered visualization browser; and Vega-Lite, a high-level grammar of interactive graphics.

Heer will be formally recognized at the IEEE VIS conference next month in Phoenix, Arizona. The award marks the second time this year that Heer has been singled out for his technical contributions. In May, the Association for Computing Machinery honored Heer with the prestigious Grace Murray Hopper Award for his pioneering work on visualization tools that have transformed how people interact with data.

Published by Kristin Osborne on September 12, 2017