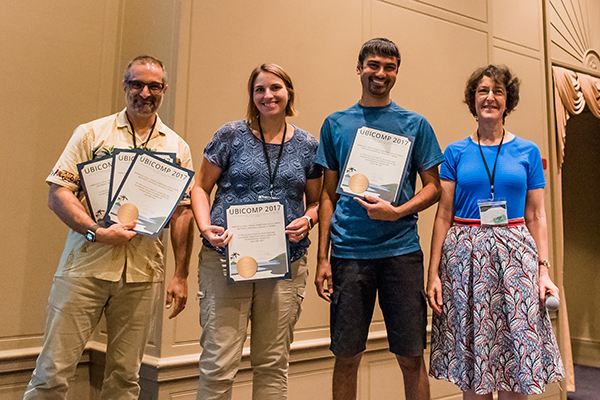 University of Washington professors Shwetak Patel, Matt Reynolds, and Julie Kientz have been recognized with the 10-Year Impact Award at Ubicomp 2017 for the paper, “At the Flick of a Switch: Detecting and Classifying Unique Electrical Events on the Residential Power Line.” The paper, which originally earned the Best Paper Award and Best Presentation Award at Ubicomp 2007, was singled out by this year’s conference organizers for having lasting impact a decade after its original presentation.

Patel and Reynolds hold joint appointments in the Allen School and Department of Electrical Engineering. Kientz is a faculty member in the Department of Human Centered Design & Engineering with an adjunct appointment in the Allen School. Patel and Kientz were Ph.D. students and Reynolds was a senior research scientist at Georgia Tech when they co-authored the original paper with research scientist Thomas Robertson and professor Gregory Abowd.

The paper presents a novel approach for detecting energy activity within the home using a single plug-in sensor. The researchers applied machine learning techniques to enable the system to accurately differentiate between different electrical events, such as turning on a specific light switch or operating certain appliances. This work paved the way for a new field of research in high-frequency energy disaggregation and infrastructure mediated sensing. It also led to the creation of Zensi, a startup spun out of Georgia Tech and UW that was acquired by Belkin in 2010. Many other companies focused on home energy monitoring and automation have been formed based on the techniques first described in the winning paper. 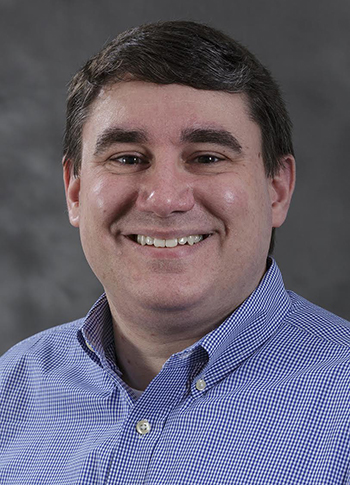 This is the fifth year in a row that UW and Allen School researchers have been recognized at Ubicomp for the enduring influence of their contributions:

2014: Borriello and Hightower won for their 2004 paper, “Particle Filters for Location Estimation in Ubiquitous Computing: A Case Study.”

Published by Kristin Osborne on September 14, 2017