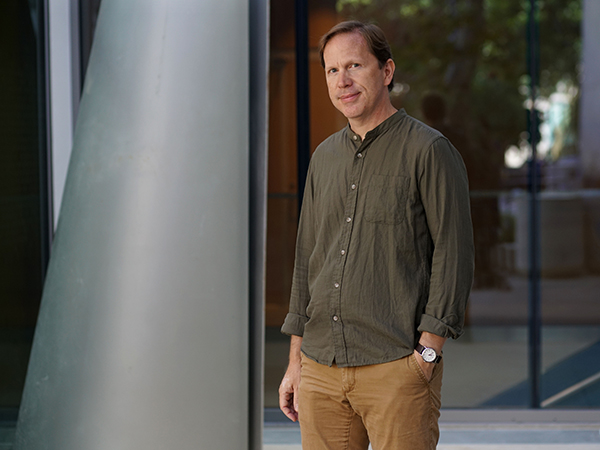 Stefan Savage, who earned his Ph.D. in Computer Science & Engineering from the University of Washington in 2002, has been named a 2017 MacArthur Foundation Fellow. The foundation selected Savage, a faculty member at the University of California, San Diego, for his groundbreaking research focused on “identifying and addressing the technological, economic, and social vulnerabilities underlying internet security challenges and cybercrime.”

“One of the things we try to do in our work is to move beyond simply looking at computer security in terms of the technical details of, say, a vulnerability or an attack,” Savage said in his MacArthur Foundation video, “and instead focus on what is the ecosystem that makes the attackers want to do this.”

Savage applied this filter to the problem of email spam. Rather than focusing on the technical aspects of keeping unwanted email messages from piling up in people’s inboxes, he and his colleagues opted to focus on the economic motivation of the senders. The idea, Savage explained, was to block the profitability of sending the messages in the first place. From “following the money” they identified a relatively small number of banks that were monetizing the bulk of the spam. Savage and his team worked with financial institutions and regulators to set up a system for tracking the flow of money to the spammers’ accounts. The banks were then able to shut those accounts down. He followed a similar process for targeting online drug trafficking, tracing the credit card transactions from buyers to the banks that were processing the charges.

After hitting cyber criminals where it hurts — their wallets — Savage and his team hit the road. He had become interested in the extent to which automobiles had become computerized, and therefore vulnerable to attack, with the emergence of OnStar and other systems that communicate with the internet. He teamed up with Allen School professor Tadayoshi Kohno, who knew Savage from his student days at UCSD. Together, they purchased some cars and enlisted the help of a group of student researchers — including current Allen School professor Franziska Roesner and research scientist Karl Koscher — who set about trying to hack into the vehicles’ systems. What they found was that they could effectively take over a car completely and interfere with the driver’s control of critical systems, such as the vehicle’s brakes.

“We knew nothing about automobiles, but we knew a fair amount about computer security,” Savage said. “All of the automotive companies, to varying extent, now take the cybersecurity threat seriously.”

The results of this work still reverberate today, having inspired follow-on experiments, congressional inquiries, and heightened focus on the part of manufacturers and the public to cybersecurity as more systems are connected to the internet. Savage recently has begun directing his attention to other modes of transportation, such as aircraft.

“Stefan has track record of important, high-impact results. This track record started before I knew him, and continues to this day,” said Kohno. “There are not that many people known for being a world leader in any single area of science, but Stefan is known for being a world leader in multiple areas, including the study of botnets and worms, the criminal underground economy, and cyber-physical systems and modern automobiles.”

It took a while for Savage to find his calling as a cybercrime fighter. After earning a bachelor’s degree in applied history from Carnegie Mellon University, where he worked in then-CMU professor Brian Bershad’s computer lab, he followed Bershad to the University of Washington. Savage started off his Ph.D. focused on operating systems research, but as the internet began to take off, he switched to networking under the guidance of Bershad and fellow Allen School professor Tom Anderson. As a young faculty member at UCSD, Savage initially focused on business network security before delving into the darker side of the internet.

“What I think is most remarkable about Stefan is his creativity,” said Anderson. “You can look at almost anything he’s done and say, wow, that’s university research at its best.”

To help them achieve even greater impact, each of the MacArthur Fellows receives an unrestricted grant of $625,000 to disburse as they see fit. The grant, which comes with no strings attached, is the foundation’s way of investing in its fellows’ “originality, insight, and potential.”

“It is very exciting to get to work on something is both intellectually stimulating, and at the same time, creates an opportunity to make the world a better place for people — and for them to be safer online,” Savage said. “The fellowship will allow me to reach the people that I need to reach with my research results, and my message, that I couldn’t reach before.”

The “Genius” Grant is the latest in a line of recent honors highlighting Savage’s many contributions, including the 2016 Allen School Alumni Achievement Award, the 2015 ACM-Infosys Foundation Award in the Computing Sciences, and the 2013 SIGOPS Mark Weiser Award.

Check out the MacArthur Foundation’s profile of Savage here, and find more information about the 2017 fellows here. Read more about Savage and his work in this UCSD story and a recent Q&A with the Los Angeles Times here.

Published by Kristin Osborne on October 13, 2017