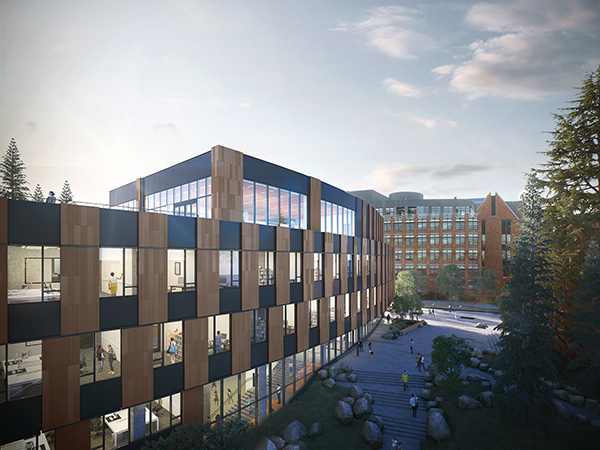 Today, the Allen School and University of Washington announced the conclusion of fundraising for the new Bill & Melinda Gates Center for Computer Science & Engineering and the “topping out” of the building’s structure — two significant milestones in the school’s quest to expand its impact and educate more of Washington’s students to be the innovators and leaders of tomorrow.

Fundraising for the project was brought to a close thanks to a $15 million gift from Bill and Melinda Gates. This latest gift is distinct from that which inspired the university to name the building in their honor, which was spearheaded by Microsoft and a group of longtime friends and colleagues as a surprise to the couple. More than 300 donors in total contributed to the campaign to build a second computer science building on the UW campus — sustaining the Allen School’s momentum and advancing its reputation as one of the preeminent computer science programs in the nation.

“This is a special honor, because the University of Washington is a special place to me. Melinda and I are thrilled to be able to support this world-class institution in various ways,” Bill Gates told UW News. “Thank you to everyone who made this building possible. I’m excited about what it will mean for the university and our entire community.”

With the topping out, the school moves a step closer to achieving its vision of providing an unparalleled education and research experience to more students. This milestone marks the halfway point in construction, when the structure has reached its maximum height — hence the expression “topping out”— and the final steel beam is ready to be hoisted into place. After that, the construction crew will commence work on the enclosure and interior of the building.

The Bill & Melinda Gates Center is designed to complement the adjacent Paul G. Allen Center for Computer Science & Engineering and provide sufficient space for the school to double annual degree production and strategically grow its faculty. It will also enable pursuit of exciting initiatives that will keep it at the forefront of computing innovation, including purpose-built spaces to house the school’s research in robotics, DNA-based computing, human-computer interaction, and other areas in which the Allen School is or aspires to be a world leader.

“Bill and Melinda are first and foremost driven to have an impact — on innovation, on people’s lives, and on society as a whole,” noted Hank Levy, Allen School Director and Wissner-Slivka Chair in Computer Science & Engineering. “The building will equip us to expand our impact on all three, with new labs, classrooms, offices, and collaboration spaces that will help us deliver an unparalleled experience to more students and continue pushing the boundaries of our field.” 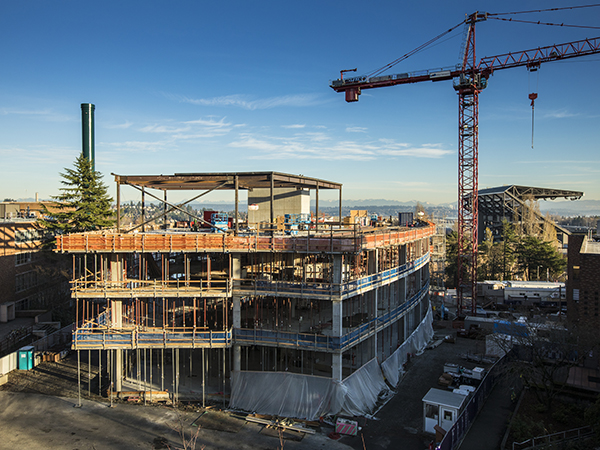 Among other highlights of the Bill & Melinda Gates Center will be a new undergraduate commons that will function as a home away from home for the more than 1,000 students enrolled in the major. It is one of many elements of the building’s design that create an inviting and inclusive environment for the Allen School’s rapidly growing community.

“I’m especially excited about the opportunities that this building will create for women in computer science,” said Melinda Gates. “That’s an area where the Paul G. Allen School has excelled, and an area where I hope this new building will enable women to do even more.”

With the completion of the building fundraising, the Allen School will shift its “Campaign for CSE” to focus on amassing support for student scholarships and fellowships, professorships, and new initiatives — support that will be essential for the school to achieve the vision enabled by its expanded footprint.

“Now we have to fill that building with the people who will generate the breakthrough innovations of tomorrow,” Levy said.

Construction of the Bill & Melinda Gates Center is on track for completion by the end of 2018. The building will be ready for occupancy in early 2019.

The Allen School community is exceedingly grateful to Bill and Melinda for investing in our vision, to Microsoft President Brad Smith for his leadership throughout the campaign, and to our many donors and friends whose generosity and goodwill have made this project possible!