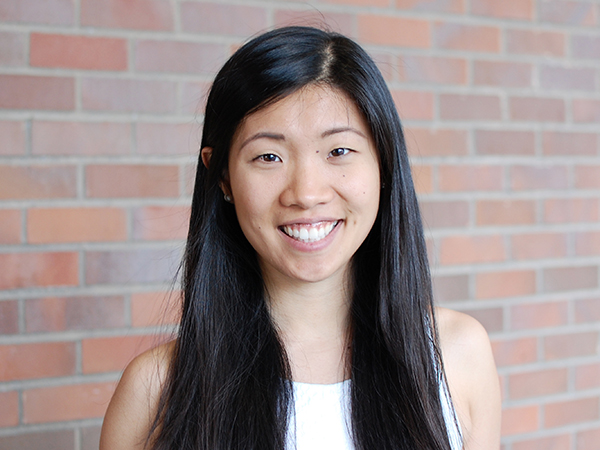 Kaitlyn Zhou, a senior who will graduate from the University of Washington this spring with bachelor’s degrees in computer science and human centered design and engineering, has been awarded the College of Engineering’s Dean’s Medal for Academic Excellence. Each year, the college selects two students to receive this award recognition of their academic achievement, leadership, and engagement in research and extra-curricular activities. During her time at UW, Zhou has ticked all of these boxes and then some.

“Kaitlyn is an outstanding student, researcher, and leader,” said Ed Lazowska, Bill & Melinda Gates Chair in Computer Science & Engineering at the Allen School. “She has contagious energy. She cares deeply about her community, and about all aspects of diversity. She is enormously effective. And she is a joy to be around.”

As an undergraduate, Zhou has pursued a demanding program of study that spans data science, data visualization, machine learning, algorithms, and software design while earning a place on the Dean’s List for 10 academic quarters. She supplemented this ambitious course load by studying abroad at the Aquincum Institute of Technology in Budapest, Hungary — where she maintained a perfect 4.0 grade point average — and completing a software engineering internship at Bloomberg.

While her commitment to academic rigor is impressive, Zhou has earned the appreciation of her professors and peers in particular for her active and insightful contributions to in-class discussions, online forums, and group projects. As a student in the Allen School’s first-ever undergraduate data visualization course, CSE 442, last spring, Zhou teamed up with classmates to produce “On the Other Side of the Canal,” an interactive article that guides readers through Seattle’s historical struggle with race and inequity through the lens of housing discrimination and school segregation. The result was, in professor Jeffrey Heer’s words, “a tour-de-force, exhibiting technical proficiency, effective design, scholarly depth, and social consciousness.” Zhou would go on to serve as a teaching assistant for CSE 442 the following fall, and for the Allen School’s Foundations of Computing II course this past winter.

Zhou carried over her commitment to excellence into the research lab, where she worked with Allen School professor Linda Shapiro on expression recognition for character animation using deep learning and with Department of Human Centered Design & Engineering professor Kate Starbird on research into the spread of online rumors during crisis events. For the latter, Zhou co-authored two papers that appeared at the Conference on Human Factors in Computing Systems (CHI): Could This Be True? I Think So! Expressed Uncertainty in Online Rumoring (CHI 2016), and Centralized, Parallel, and Distributed Information Processing during Collective Sensemaking (CHI 2017).

Outside of her studies, Zhou has demonstrated her leadership abilities through a variety of extracurricular activities in service to her fellow students. She is the founding chair of the Allen School’s Student Advisory Council (SAC), which was established to better understand students’ needs and concerns, facilitate discussion, and produce educational — and impactful — programming geared toward undergraduates, including forums on issues such as accessibility and diversity in engineering. From June 2016 to June 2017, Zhou served as the Director of University Affairs for the Associated Students of the University of Washington (ASUW), representing the student body in discussions with faculty and administrative leaders on decisions related to academics, admissions, and tuition. In this role, she oversaw an organization with 60 employees, hundreds of volunteers, and an operating budget in excess of $1 million. She also was co-curator of the TEDxUofW conference that same year — an event that attracted eight speakers, $10,000 in sponsorships, and more than 700 attendees.

According to Allen School Director Hank Levy, Zhou is sure to make significant contributions, regardless of what career path she chooses.

“Kaitlyn is an exceptional scholar and an enthusiastic mentor to other students,” observed Levy, who also holds the Wissner-Slivka Chair in Computer Science & Engineering. “We expect to see remarkable achievements from her in the future.”

Heer, who got to know Zhou as both a student and a teaching assistant in his data visualization course, described her as “an example of the best that UW has to offer.” Fortunately for all of us here at UW, she plans to stick around campus a little while longer as a student in the Allen School’s fifth-year master’s program.

Congratulations, Kaitlyn, and thank you for your many contributions to the Allen School, the College of Engineering, and the entire UW community!