NLP for all: Professor and 2022 Sloan Research Fellow Yulia Tsvetkov is on a quest to make natural language tools more equitable, inclusive and socially aware 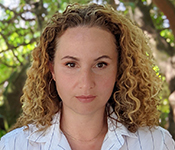 Less than a year after her arrival at the University of Washington, professor Yulia Tsvetkov is making her mark as the newest member of the Allen School’s Natural Language Processing group. As head of the Tsvetshop — a clever play on words that would likely stymie your typical natural language model — Tsvetkov draws upon… Read more 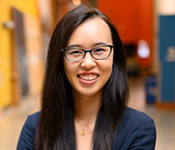 The National Science Foundation (NSF) has selected Allen School professors Amy Zhang, who directs the Social Futures Lab, and Franziska Roesner, who co-directs the  Security and Privacy Research Lab, to receive Convergence Accelerator funding for their work with collaborators at the University of Washington and the grassroots journalism organization Hacks/Hackers on tools to detect and… Read more

We’ve all seen the images scrolling through our social media feeds — the improbably large pet that dwarfs the human sitting beside it; the monstrous stormcloud ominously bearing down on a city full of people; the elected official who says or does something outrageous (and outrageously out of character). We might stop mid-scroll and do… Read more

Genetic genealogy websites enable people to upload their results from consumer DNA testing services like Ancestry.com and 23andMe to explore their genetic makeup, familial relationships, and even discover new relatives they didn’t know they had. But how can you be sure that the person who emails you claiming to be your Uncle Phil really is… Read more

The Allen School is preparing to welcome five faculty hires in 2019-2020 who will enhance the University of Washington’s leadership at the forefront of computing innovation, including robot learning for real-world systems, machine learning and its implications for society, online discussion systems that empower users and communities, and more. Meet Byron Boots, Kevin Lin, Jamie… Read more

Allen School and AI2 researchers unveil Grover, a new tool for fighting fake news in the age of AI

When we hear the term “fake news,” more often than not it refers to false narratives written by people to distort the truth and poison the public discourse. But new developments in natural language generation have raised the prospect of a new potential threat: neural fake news. Generated by artificial intelligence and capable of adopting… Read more

Yejin Choi, a professor in the Allen School’s Natural Language Processing research group, has earned a 2018 Borg Early Career Award from the Computing Research Association’s Committee on the Status of Women in Computing Research (CRA-W). The annual award, which is named in honor of pioneering computer scientist Anita Borg, recognizes women in computing who… Read more

Allen School Ph.D. students James Bornholt and Eunsol Choi have won 2018 Facebook Fellowships, which are designed to support and recognize promising doctoral students who are pursing innovative research in computer science and engineering. Only 17 students from around the globe were chosen out of more than 800 applicants to receive one of these competitive… Read more

A team of researchers in the Allen School’s Security and Privacy Research Lab have developed a new system, SeaGlass, which could bring more transparency and accountability to cell-phone surveillance. SeaGlass is capable of detecting anomalies in the cellular network that may indicate the presence of surveillance devices called IMSI-catchers (also known as cell-site simulators or… Read more