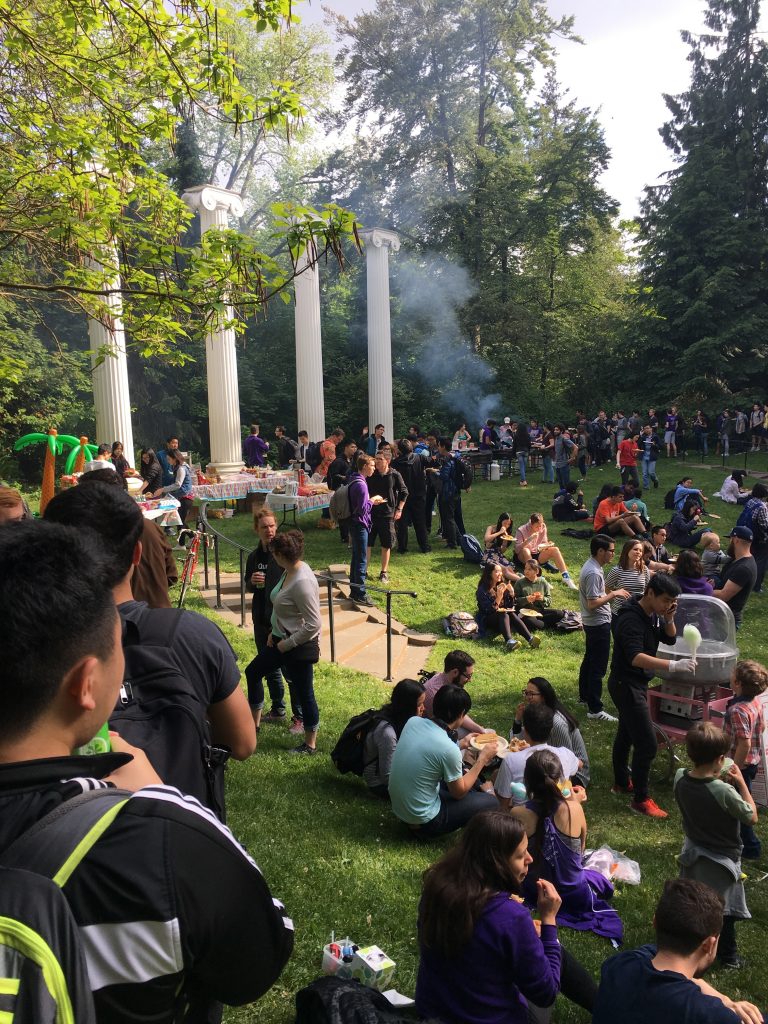 OK, so it wasn’t exactly balmy spring weather, and there was the usual 45-minute line for burgers, but a good time was had by all at the 2018 Allen School ACM Spring BBQ! 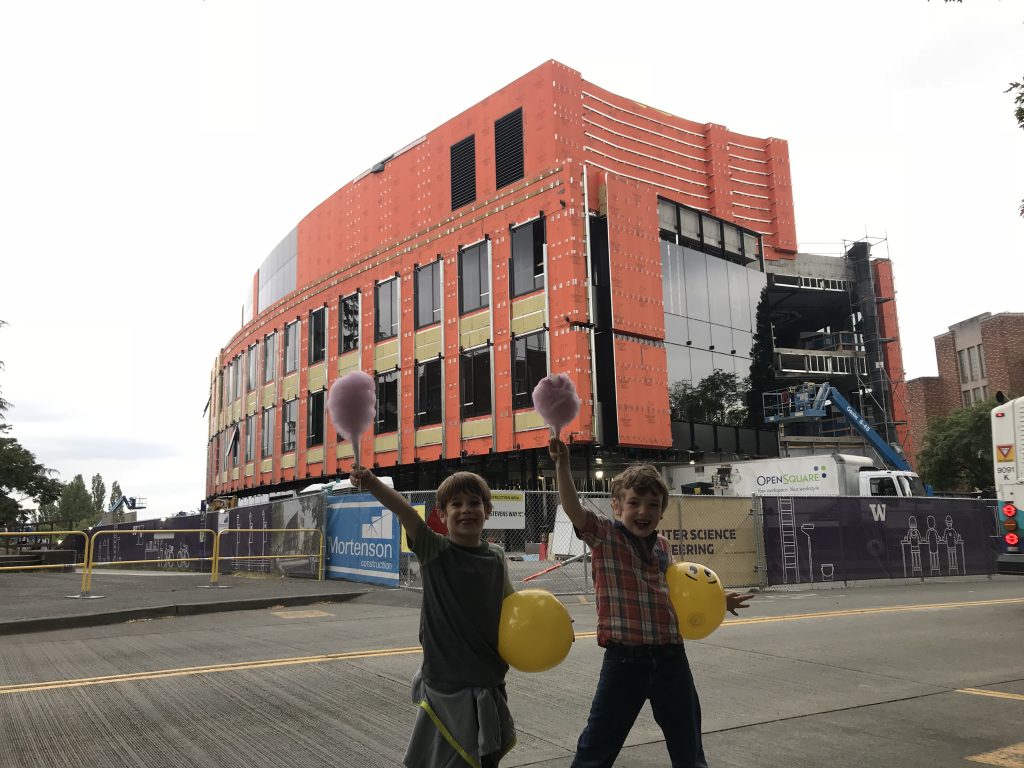 The Allen School and the Microsoft CEO Summit 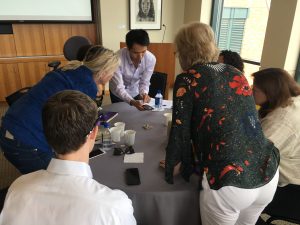 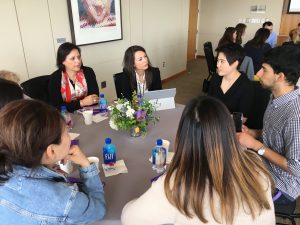 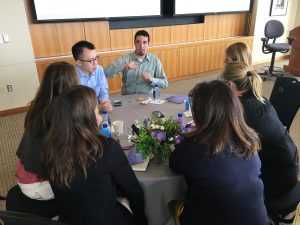 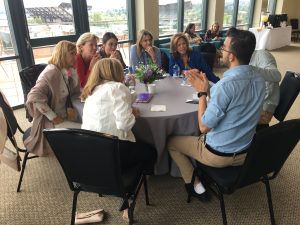 On Wednesday, ten of Shwetak Patel’s students – undergraduate and graduate, from the Paul G. Allen School and the Department of Electrical Engineering – demonstrated smartphone apps for health screening/diagnosis as part of the Microsoft CEO Summit partner’s program.

Slides from presentations by Ed Lazowska and Shwetak Patel – on the general theme of “Tech to Serve” – here.

All work and no play … 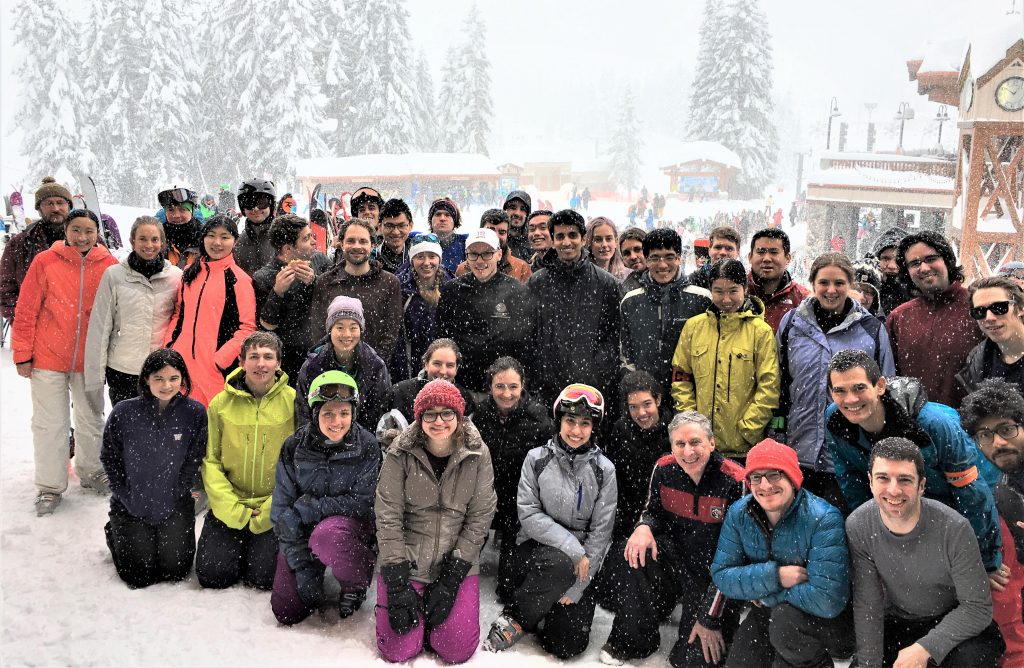 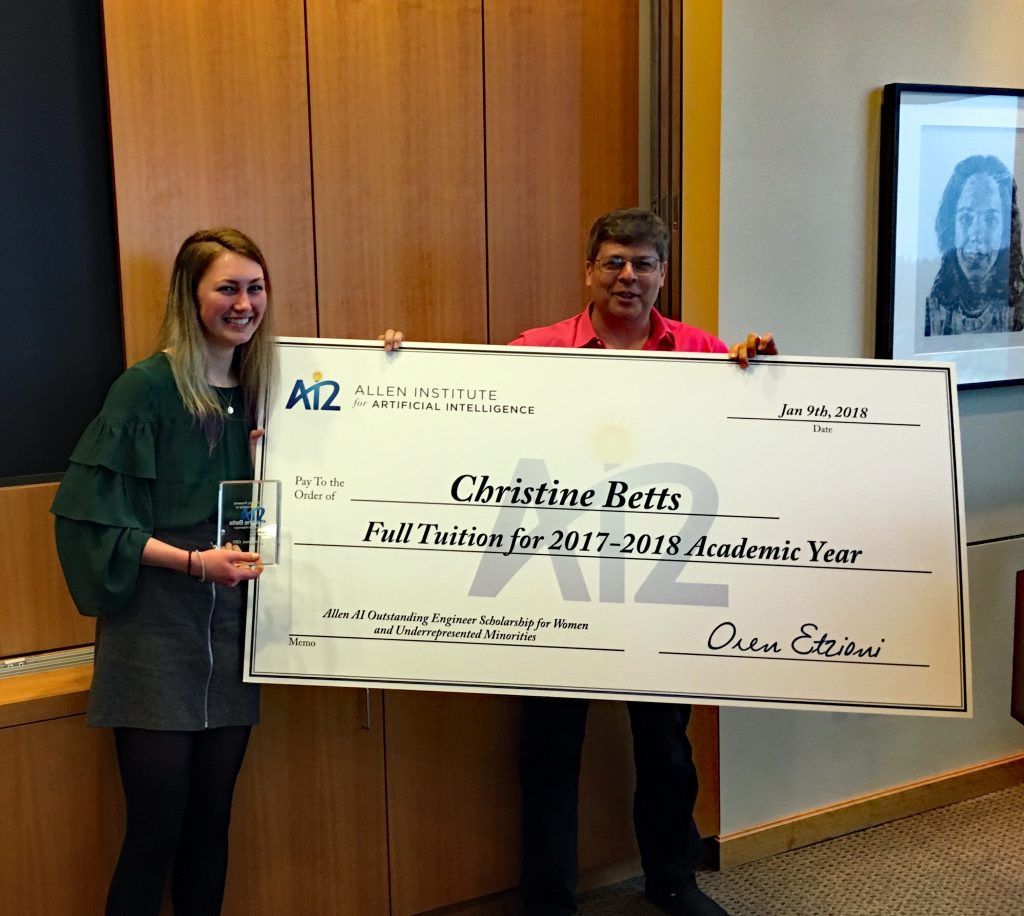 The Allen Institute for AI created this scholarship to encourage underrepresented groups to excel in computer science and engineering, and become leaders and role models in their fields. The scholarship covers full tuition, fees, and textbooks for one academic year. It is accompanied by mentorship and a paid summer internship at AI2.

AI2 believes that diversity is fundamental to the greatest advances in science; a variety of backgrounds, perspectives, and experiences are necessary to combat the echo chamber effect so prevalent in technology companies. Encouraging diversity demonstrably results in teams with greater resilience and adaptability, and produces a wider range of tools and strategies. AI2 also believes it is important not just to attract diversity to CSE programs, but to nurture lifelong careers, and lend assistance to those who might not have equal access to opportunity.

Congratulations to Christine, and thanks to AI2, its CEO Oren Etzioni, and its founder Paul G. Allen!

In a remarkable coincidence, Google and Microsoft each published articles describing the accomplishments of wheelchair-using computer scientists in their engineering organizations – each of whom is an Allen School alum.

Doug Ferry, ’91, is quadriplegic as a result of a bodysurfing accident when he was 20 years old. He steers a motorized chair with his head and codes with a mouth stick. He spent 18 years at Microsoft before moving to Google 18 months ago. Read more about Doug in the Google post here.

Chris Schlechty, ’08, has been at Microsoft since graduation. A full-stack developer on the Sharepoint team, Chris has muscular dystrophy and uses an onscreen keyboard and other assistive technology. Read more about Chris in the Microsoft post here.

Doug Ferry and Chris Schlechty – wonderful examples of Allen School alums overcoming adversity and using their education to craft technology that helps others to do the same.

Thanks to Google and Microsoft for highlighting these amazing alums. 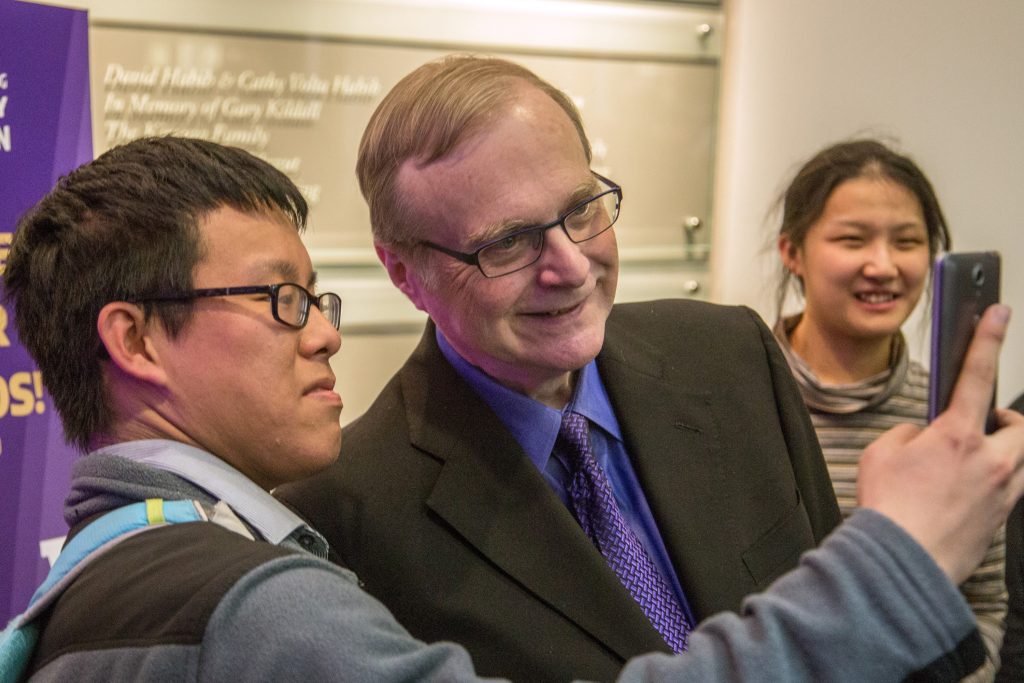 “In March of 2017, the University of Washington elevated its Department of Computer Science & Engineering to a school and honored Allen by naming it in his honor. Growing up as the son of the university’s Associate Director of Libraries, Allen spent hours and hours at the university not only devouring piles of books but honing his computer skills in the graduate computer lab. UW was also the place where Allen and Bill Gates created Traf-O-Data laying the groundwork for Microsoft. While he never attended the university, the honor wasn’t lost on Allen.”

Thanks to “the shops” – UW Facilities Services 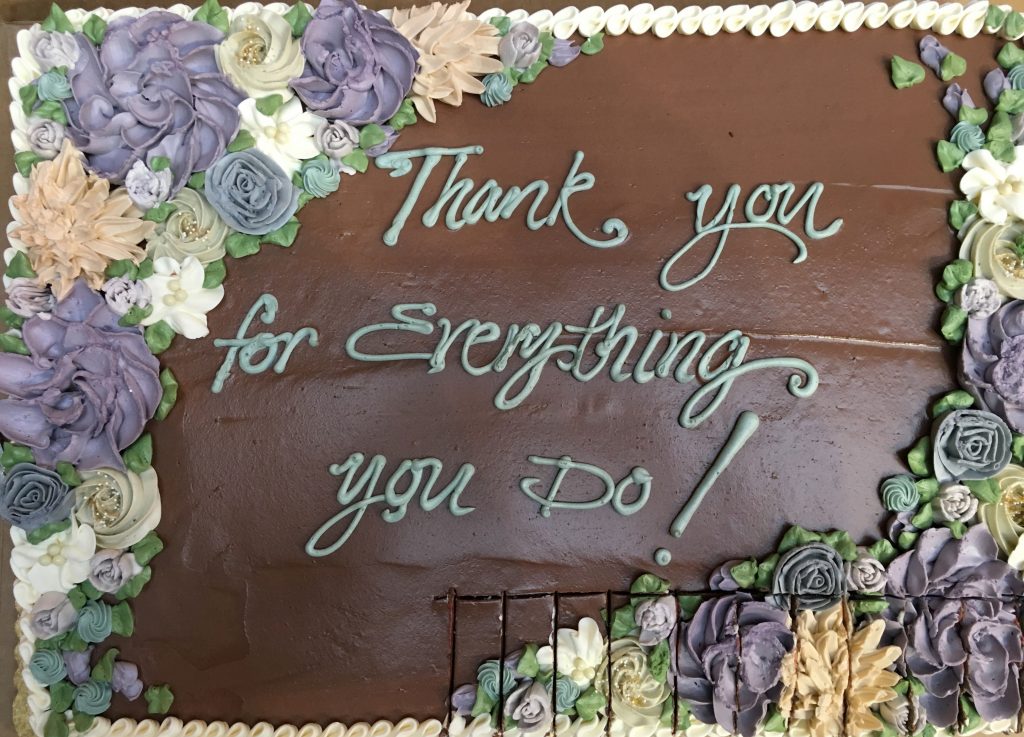 Today was the Paul G. Allen School’s annual thank-you luncheon for the 100+ men and women from UW Facilities Services who keep the Allen Center looking great and working great!

Thanks for all you do! 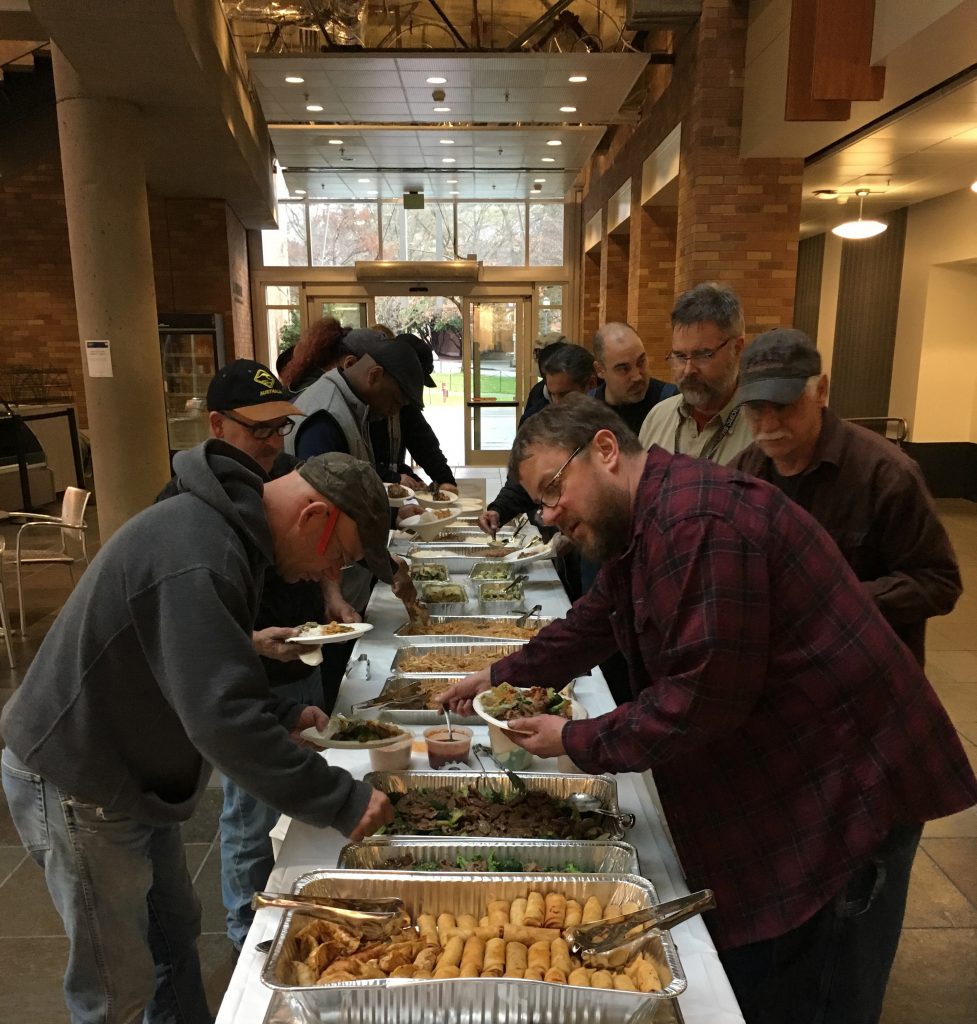 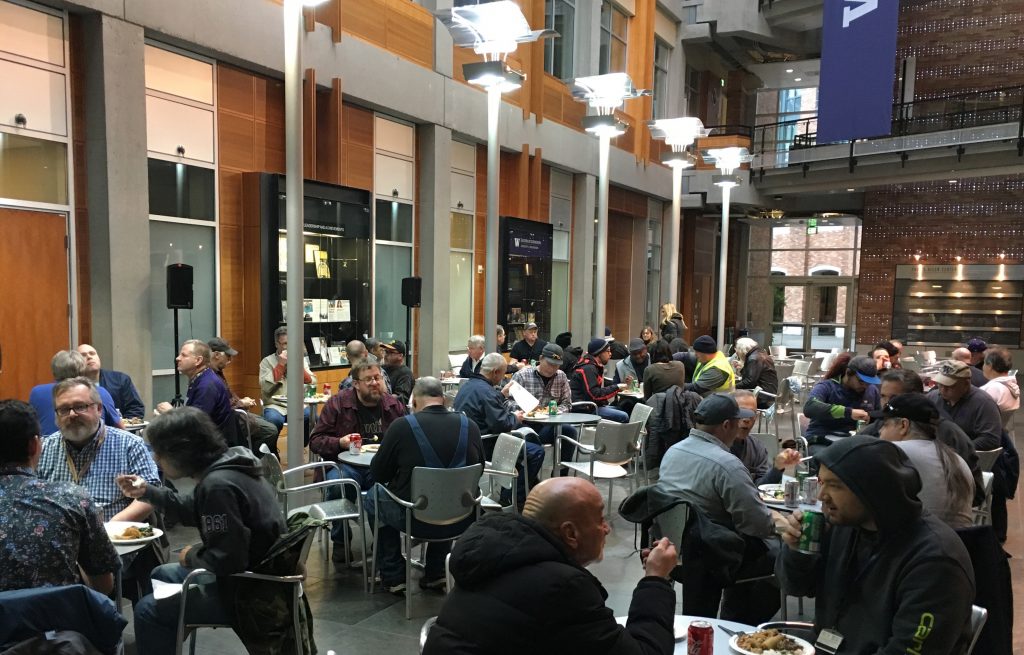 The Paul G. Allen School is proud to be one of 11 leading computer science programs in the FLIP Alliance: Diversifying Future Leadership in the Professoriate.

The problem that we address in the FLIP Alliance is stark and straightforward: only 4.3% of the current tenure-track faculty in computing at research-oriented universities are from underrepresented groups.

The FLIP Alliance approach is equally stark and straightforward: we intentionally bring together the very small number of programs responsible for producing the majority of the professoriate in the field with individuals and organizations that understand how to recruit, retain, and develop students from underrepresented groups, in order to create a network that can quickly and radically change the demographic diversity of the professoriate across the entire field.

The challenge is important because diverse faculty contribute to academia in a number of critical ways:

The FLIP Alliance is funded by an NSF INCLUDES grant awarded in 2017 that provides funding to launch and demonstrate the effectiveness of strategies focused on recruiting and retaining diverse doctoral students at the FLIP institutions.

Where the STEM Jobs Are (and Where They Aren’t) 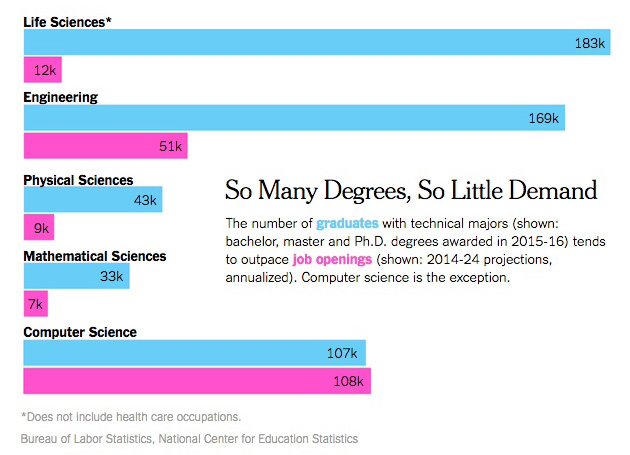 “What recent studies have made increasingly apparent is that the greatest number of high-paying STEM jobs are in the ‘T’ (specifically, computing). …

“‘There is a huge divide between the computing technology roles and the traditional sciences,’ said Andrew Chamberlain, Glassdoor’s chief economist.

“At LinkedIn, researchers identified the skills most in demand. The top 10 last year were all computer skills, including expertise in cloud computing, data mining and statistical analysis, and writing smartphone applications.”

The Allen School’s Ed Lazowska and Berkeley’s David Culler are among those quoted.