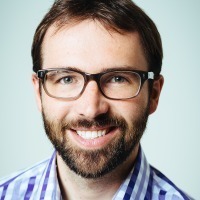 Each year, the UW College of Engineering honors a select group of alumni for their contributions to the field of engineering and to society with its Diamond Awards. Among the 2016 honorees is CSE alum Ben Hindman (B.S., ’07), Founder of Mesosphere, Inc. – an outgrowth of his graduate work at UC Berkeley – who is recognized with the “Early Career” award.

“Few people outside the tech industry have heard of Apache Mesos, software that provides essential infrastructure enabling applications to interact with data servers. But for anyone who has asked Apple’s Siri a question, used Yelp to look up restaurants, or watched a movie on Netflix, Mesos has helped to provide the resulting content with speed, ease and reliability. Ben Hindman is the co-creator of Mesos technology and founder of the company Mesosphere. In the ten years since graduating from the UW, Ben has transformed the way software runs within data centers, the backbone of some of the most popular applications in the world, and sparked an innovative new technology industry….

“With tens of millions in funding raised to date, offices in two cities and over 100 employees, Mesosphere continues to be the biggest “infrastructure computing” company quietly serving countless end-users every day.”

Read the full citation here, and learn more about Ben’s journey since graduating from UW CSE—which he shared with a group of current undergrads as part of last year’s UW CSE Leadership Seminar Series—here and here.

Ben and his fellow 2016 award winners will be the guests of honor at a dinner on May 20th.

Published by Kristin Osborne on January 16, 2016