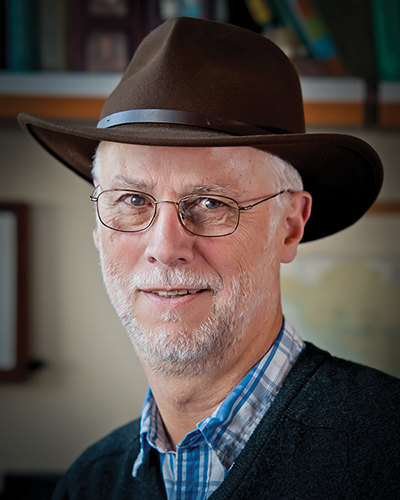 UW CSE professor Richard Ladner has been selected the 2016 winner of the Award for Outstanding Contributions to Computing and Accessibility by the Special Interest Group in Accessible Computing (SIGACCESS). In announcing the honor, SIGACCESS cited Ladner’s 30+ years of research, advocacy and leadership in the field of accessible computing.

From the award citation:

“Richard’s steadfast support and advocacy for people with disabilities have tangibly increased their participation in STEM fields….Richard was one of the first people to address the concept of accessibility in the HCI field in his 1987 CHI paper ‘A User Interface for Deaf-Blind People.’ Since then, his research has substantially advanced the state-of-the-art in access technology, resulting in products and services that are not merely academic curiosities, but have actually been adopted and used by people with and without disabilities. Examples include ASL-STEM Forum, MobileASL, ClassInFocus, Tactile Graphics and V-Braille.

“Richard has supervised nine PhD students who focused their dissertation research on accessibility related topics. Some of those students have disabilities themselves. All have been so inspired by Richard that they have gone on to pursue their own careers in accessibility research in academia or industry.”

Read the full citation here. SIGACCESS will present the award at its ASSETS 2016 conference in October.

This is the latest in a long list of honors Richard has earned for his efforts to make technology accessible to all, including the 2014 ACM CHI Social Impact Award, the CMD-IT 2015 Richard A. Tapia Achievement Award, and the 2015 Broadening Participation in Computing Community Award.

Published by Kristin Osborne on August 18, 2016