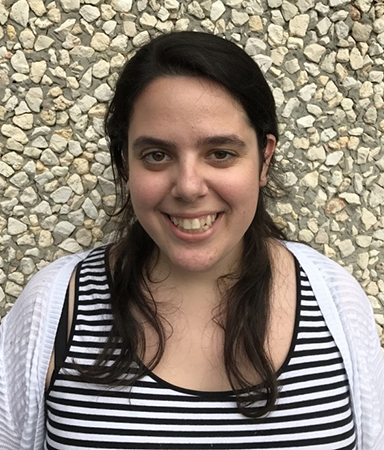 UW CSE graduate student Kira Goldner has been named a 2017 Microsoft Research Ph.D. Fellow. She is one of only 10 young researchers in North America to be recognized as the “best and brightest” in computer science and related fields in this year’s fellowship competition.

Goldner is a third-year Ph.D. student who works with professor Anna Karlin in UW CSE’s Theory group on algorithmic mechanism design and approximation algorithms. Most of Goldner’s work so far has been focused on the design and analysis of revenue maximizing mechanisms; more recently, she has turned her attention to the design of mechanisms for “social good” in domains such as health care and income inequality.

Goldner has been on a roll when it comes to earning accolades for her research. Last month, she was an invited speaker at the Young Researcher Workshop on Economics and Computation (YoungEC ’17) in Tel Aviv, Israel, where she delivered a talk on the FedEx Problem, and was recognized with the 2017 Evening with Industry Outstanding Female Award from the UW Society of Women Engineers. She also was named a finalist for the 2017 Facebook Ph.D. Fellowship, a competition that attracted more than 800 applications from Ph.D. students around the globe. Last summer, Goldner won a Google Anita Borg Memorial Scholarship and, prior to that, earned honorable mentions in the National Science Foundation’s Graduate Research Fellowship competition in 2015 and 2016. She also was selected as an alternate in the U.S. Department of Defense’s National Defense Science & Engineering Graduate Fellowship competition.

As a Microsoft Research fellowship winner, Goldner will receive financial support and enjoy an opportunity to work alongside leading computer scientists at MSR as part of a 12-week paid research internship. Past winners at UW CSE of this prestigious award include Lillian de Greef and Irene Zhang (2015), Yoav Artzi and Mayank Goel (2014), and Gabe Cohn and Franzi Roesner (2012).

Congratulations, Kira! And thanks to Microsoft Research for supporting future leaders in computer science!