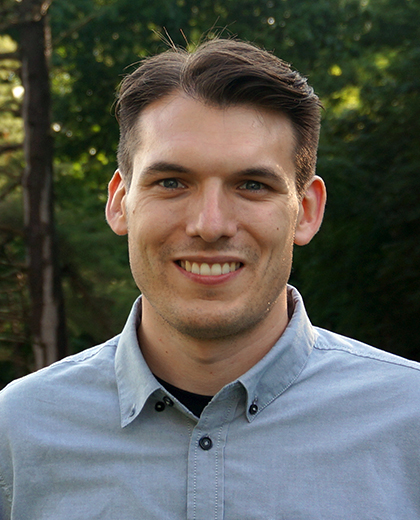 The Allen School continues to build its expertise in leading-edge areas of the field with the recruitment of Kevin Jamieson as the Guestrin Endowed Professor in Artificial Intelligence & Machine Learning. Jamieson, whose research focuses on adaptive data collection algorithms for machine learning, will join the University of Washington this fall after completing a postdoc at University of California, Berkeley.

Jamieson’s research explores how to leverage already-collected data to inform what future measurements to make next, in a closed loop. In both theory and practice, Jamieson has demonstrated that adaptive data collection — or active learning — can extract considerably richer insights than any measurement plan fixed in advance, using the same statistical budget. This is particularly valuable for machine learning applications when training data is time-consuming or expensive to collect, such as when labeled examples are provided by humans. His work has been adopted in a range of applications, from measuring human perception in psychology studies, to numerical optimization and choosing hyperparameters for deep neural networks, to recommending what beer you should try next.

Keen to explore how applications and collaborations can inform his research questions, Jamieson also led the development of NEXT, an open-source software system that facilitates the development, testing, and deployment of active learning for online, real-time applications. The New Yorker magazine employs the NEXT platform to crowd-source its cartoon caption contest, in which readers view captions submitted by other readers for a fixed cartoon one at a time online and rate them as funny, somewhat funny, or unfunny. It’s a contest for the algorithms as well as the readers: behind the scenes, a suite of different active-learning algorithms compete against each other to identify the captions that are consistently rated as funny, and to stop showing those that are unfunny. The exercise provides Jamieson and his collaborators valuable information about which algorithms work best in practice, and which can be discarded.

Jamieson is returning to his roots by joining the UW, where he obtained his bachelor’s degree in electrical engineering before going on to earn his master’s at Columbia University and a Ph.D. from University of Wisconsin, Madison. He is the inaugural recipient of the Guestrin Endowed Professorship, which the Allen School created following Apple’s acquisition of Turi, the machine learning startup created by professor Carlos Guestrin.

Jamieson is the latest in a series of impressive new additions to the Allen School faculty: last week, the Allen School announced that two outstanding researchers in human-computer interaction — Jennifer Mankoff from Carnegie Mellon University and Jon Froehlich from University of Maryland, College Park — will arrive as part of a cluster hire that will make UW one of the leading centers of HCI research and education. Previously, the school revealed that leading robotics researcher Siddhartha “Sidd” Srinivasa of CMU and pioneering computer engineer Michael Taylor of University of California, San Diego would join the faculty this fall along with Yin Tat Lee, a rising star in theoretical computer science.