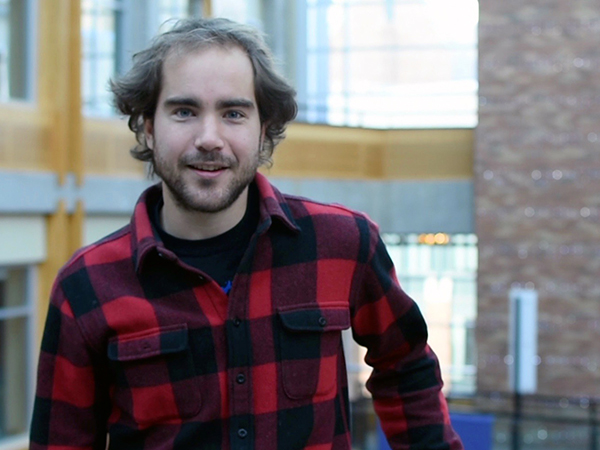 Joseph Redmon, a Ph.D. student working with Allen School professor Ali Farhadi on computer vision research, has been named a 2018 Google Ph.D. Fellow. Redmon, who is one of only 39 students across North America, Europe, and the Middle East to be selected for a fellowship, was recognized in the “Machine Perception, Speech Technology and Computer Vision” category for his efforts to develop faster, better, and more useful computer vision tools for real-world applications.

The latest and most powerful computer vision tools typically require significant investments in hardware and training time. In addition to being expensive to implement, new techniques also tend to be fine-tuned for particular tasks; this makes it difficult for users to adapt them to new domains and data sets. Even with sufficient resources, existing tools can take seconds or even minutes to process a single image — rendering them unsatisfactory for many emerging applications, from autonomous vehicles to augmented and virtual reality. Redmon aims to eliminate such barriers to make it more practical for researchers in a variety of domains to employ state-of-the-art computer vision techniques.

One of his most visible projects is YOLO (You Only Look Once), a unified model for fast, accurate object detection in real time. YOLO treats object detection as a single regression problem, applying a single convolutional network to simultaneously predict multiple spatially-separated bounding boxes and associated class probabilities. Using the system, you need only look once at an image before being able to predict what objects are present and where they are located within that image — hence the name. The paper describing YOLO — which Redmon and Farhadi co-authored with former Allen School postdoc Santosh Divvala, now a research scientist at the Allen School for Artificial Intelligence, and Facebook researcher Ross Girshick — earned the OpenCV People’s Choice Award at the Conference on Computer Vision and Pattern Recognition (CVPR 2016). Redmon and Farhadi followed that up with an Honorable Mention at CVPR 2017 for YOLO9000, a new version capable of identifying more than 9,000 different object categories in real time. YOLO9000 also introduced a novel multi-scale training method to offer users an easy tradeoff between speed and accuracy.

While an intern at AI2 — and later, spinout company XNOR.ai — Redmon worked with Farhadi and research scientists Mohammad Rastegari and Vicente Ordóñez on XNOR-Net, which introduced binary approximations for standard convolutional neural networks to enable fast and efficient object recognition and detection on mobile devices. While CNNs are reliable in their accuracy, their power-hungry, memory-hogging nature means they are only really practical on expensive, GPU-based machines. With XNOR-Net, Redmon and his colleagues were able to reduce the amount of computational resources required for running accurate natural image classification on mobile CPUs and other low-power devices. Prior to his collaboration with AI2, Redmon completed an internship at Google Brain, where he contributed to a state-of-the-art system for real-time robotic grasp detection.

Read more about the 2018 fellows on the Google Research Blog here.

Congratulations, Joseph — and thanks to Google for generously supporting student research!

Published by Kristin Osborne on April 5, 2018