Four Allen School undergraduates — Amanda Chalfant, Aishwarya Mandyam, Melissa Medsker (Galloway), and Kimberly Ruth — have been selected for the 2018 class of the Husky 100. This annual program recognizes students across the University of Washington’s three campuses who are making the most of their “Husky Experience” and making a positive impact on the UW community both in and out of the classroom. 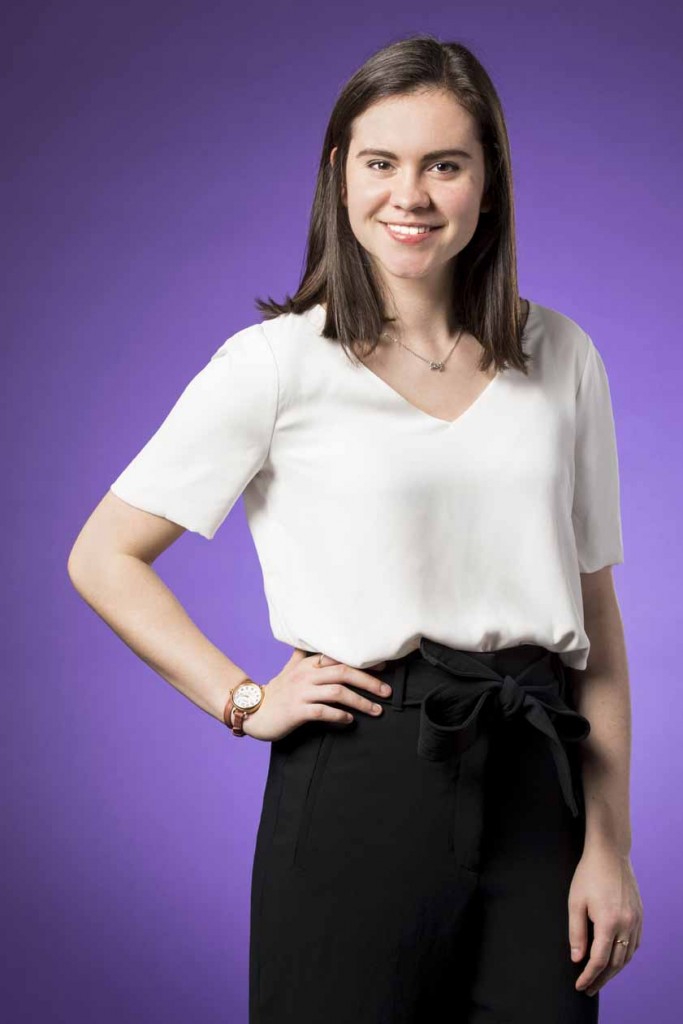 Amanda Chalfant is a senior majoring in computer science who will graduate with interdisciplinary honors in June. Throughout her time at the Allen School, she has exhibited a strong commitment to leadership and service, particularly in her mentorship of current and prospective students. Chalfant served as a teaching assistant for the Women in Computing seminar — a role in which she functioned more like a co-instructor, so great was her knowledge and enthusiasm for the class — and more recently, as a peer adviser to her fellow undergraduates. She also has been a passionate advocate for student wellness and diversity as a member of Allen School’s Student Advisory Council and serves as the scholarship chair of Alpha Delta Pi sorority.

In addition to her campus activities, Chalfant has demonstrated her technical excellence through multiple software engineering internships, including stints at Microsoft, Google, and Apple. Following graduation, she plans to join Microsoft full-time as a software engineer working on the Azure team.

“Whether interning at top Silicon Valley companies, taking courses on subjects I love, mentoring students from all backgrounds or planning events for the Allen School on topics I care about most, I have thrived immensely through every challenge and opportunity that has come my way at the UW,” said Chalfant. 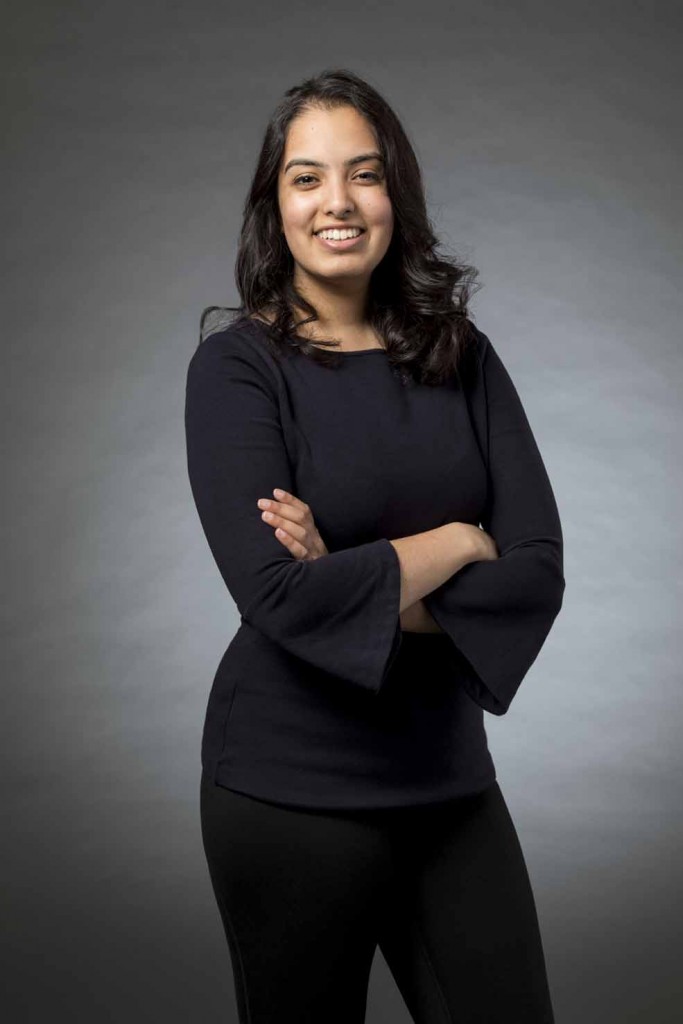 Aishwarya Mandyam is a junior majoring in computer science and philosophy who has exemplified UW and Allen School values through her strong leadership and commitment to diversity. She has served her fellow students as an officer of the UW chapter of the Association for Computing Machinery — first as event coordinator, and more recently, as president — and encouraged students to explore technology as a force for good in her capacity as finance director for Dubhacks. She led the development of an Allen School honor code in consultation with faculty, staff, and peers aimed at cultivating a more inclusive, collaborative community, and served as a student ambassador to the Allen School’s Diversity and Inclusion Committee.

In addition to her service-oriented activities, Mandyam applied her technical expertise to the development of a low-cost neural orthosis, NEOGrasp, which won first place in the Neural Engineering Tech Studio competition organized by the Center for Sensorimotor Neural Engineering. Previously, she contributed to the development of the telemetry system for the Washington Hyperloop team and was selected as a TUNE House Scholar.

“I thrive and work my best at the intersection of people and technology,” Mandyam said. “I’m now learning how to apply the skills I learn in class to lead organizations like UW ACM, innovate in biotechnology and build inclusive communities.” 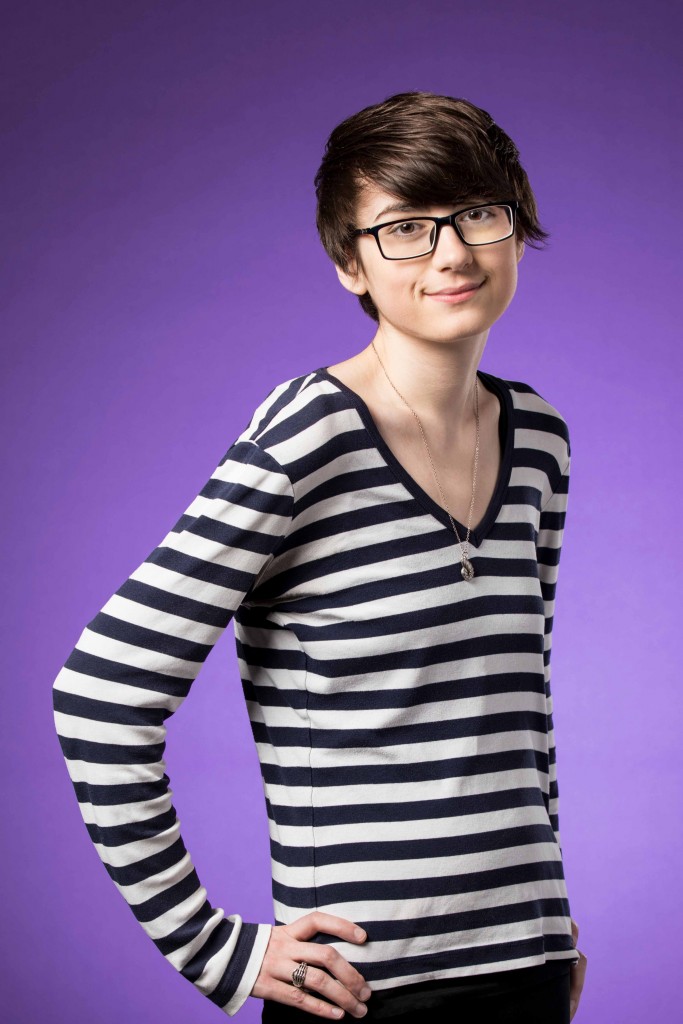 Melissa Medsker (Galloway) is a senior majoring in computer science and human-centered design and engineering who will enter the Allen School’s fifth-year master’s program in the fall. Since she made the switch from pre-med to computer science, Medsker has enthusiastically embraced opportunities to contribute to the Allen School community through both education and research. She has served as a teaching assistant for multiple courses, including introductory Java programming, web programming, computational theory, data structures and parallelism, and the Women in Computing seminar.

Medsker has contributed to improvements in teaching and learning outside of the classroom, including implementation of a new student grading tool and the Practice-It Java learning tool. She also engaged in undergraduate research under the guidance of professor Zachary Tatlock in the Programming Languages & Software Engineering (PLSE) group, where she focused on the application of programming language tools and techniques to optimize 3D printing as part of the Incarnate project.

“[M]y Husky Experience has been defined by discovery and a growing appreciation of the value of taking risks,” Medsker said. “I look forward to continue this experience in a master’s program, working toward a career in academia where I can pursue teaching while engaging in interdisciplinary research in CS, biochemistry and STEM education.” 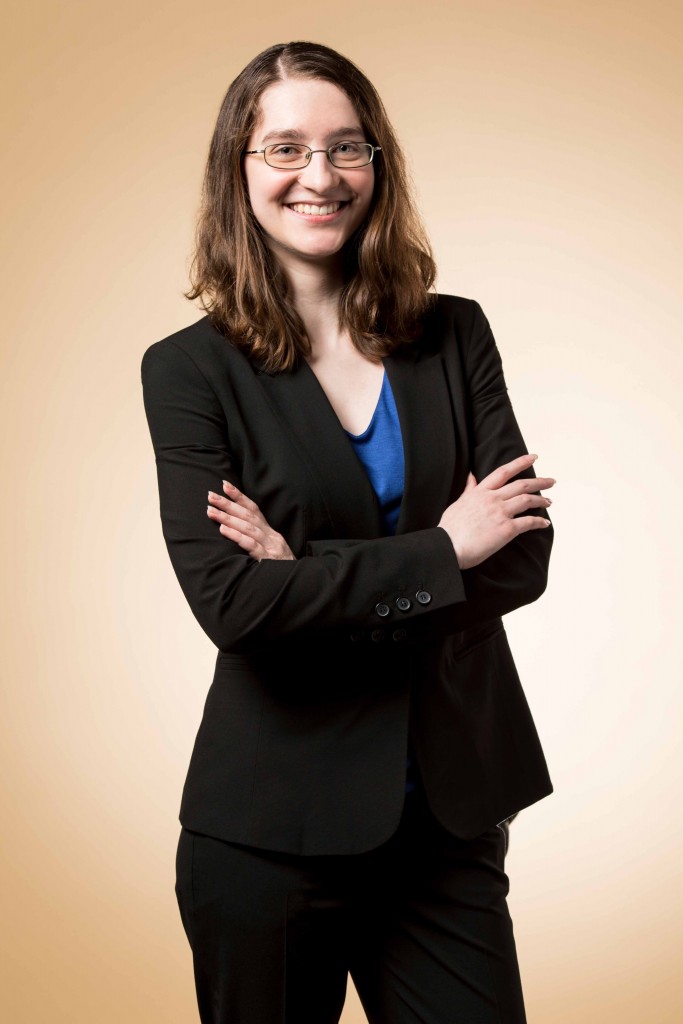 Kimberly Ruth is a junior majoring in computer engineering and mathematics. She got her research career off to an early start working with professors Tadayoshi Kohno and Franziska Roesner in the Allen School’s Security and Privacy Research Lab, where she focuses on privacy and security issues associated with augmented reality. She collaborated with fellow lab member and Ph.D. student Kiron Lebeck on the development of Arya, a new AR system that protects users against buggy or malicious output — a project for which she taught herself the Unity graphics engine and co-authored a paper that appeared at last year’s IEEE Symposium on Security and Privacy. She has since taken the lead on a new project focused on security and privacy of multi-user AR platforms and was named a Goldwater Scholar in recognition of her work.

Outside of the lab, Ruth is helping her fellow students to succeed as a peer tutor for the Allen School’s Foundations in Computing course and inspiring the next generation through Go Figure, an initiative she founded to spark middle school students’ interest in math.

“My Husky Experience has been shaped by opportunities in research, tutoring, organizing and mentoring,” said Ruth. “As an undergraduate researcher, I strive to answer questions that have never before been explored.”

Congratulations to Amanda, Melissa, Aishwarya, and Kimberly — and thank you for your many contributions to the Allen School and UW!